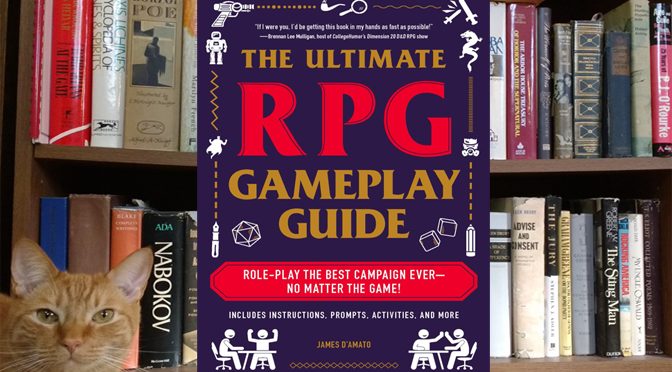 Those of us who have played role-playing games for years have racked up quite a few memorable moments where our parties banded together to perform some amazing feats. Whether we were saving a fantasy kingdom, taking on an evil space empire, pulling off the heist of the century or unraveling a particularly nasty haunting, when things go right, role-playing games and their shared storytelling medium are an experience that is impossible to beat. But there are other times when the group I was playing with failed to coalesce, ended up getting on each other’s nerves, and in a few cases left the table with nothing but bad feelings and animosity.

So what is the difference between those two kinds of experiences? In most cases, the fault of the failure or the celebration of the success comes down to the one person responsible for keeping everything running smoothly, the game master. Sometimes called a dungeon master, umpire, storyteller or judge, the game master is responsible for planning out the adventure, handling the actions of all the non-player characters and generally making sure that players have a great time. In all the cases where the role-playing group I was with had a wonderful and memorable shared experience, we had a skilled game master. Where everything collapsed, it was almost always the fault of a perplexed, unprepared, unskilled or uncaring host.

Author James D’Amato and his new book The Ultimate RPG Gameplay Guide is aimed squarely at game masters looking to improve their skills and provide a world-class experience to their players. Those who simply play RPGs might learn a thing or two as well, but would probably benefit more from D’Amato’s previous title, The Ultimate RPG Character Backstory Guide, which we reviewed earlier. That book teaches players how to create and play memorable characters that they will enjoy. This one is more about telling a good story and keeping a game on track. 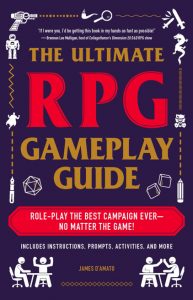 Like in the previous book, The Ultimate RPG Gameplay Guide relies on a combination of narrative, backstories, examples and exercises. There are fewer exercises in this book than the character guide, probably because being a good game master is less about personal choice and more about reading and serving your audience. There are a few where you have to write down things like how you would improvise when your players do something unexpected – a very common occurrence with a group of skilled players who are comfortable playing and steering the story.

The book does a wonderful job at identifying the most common pitfalls that novice game masters fall into which can easily ruin a campaign. It addresses issues like railroading, where characters are shown the narrative in a game instead of being able to play it out, gives examples of why this is bad, and teaches alternate methods of presenting information that is more interactive and fun for the entire group.

[amazon asin=1507210930&text=Up your mastery of game mastery with The Ultimate RPG Gameplay Guide from Amazon!]

Another critical concept addressed in The Ultimate RPG Gameplay Guide is the fact that the game master is there to entertain the players. That doesn’t mean that the GM should always let the players succeed without a challenge or that they should roll over and let individual players disrupt a game. But being a game master is the equivalent of hosting a party in that you want all of your guests to have a fun and memorable experience.

It’s amazing how many game masters don’t get some of these core concepts, adopting either a “me vs. them” mentality or one where they are simply telling a story that is personally rewarding regardless of what their players want. Assuming a potential game master is willing to read this book with an open mind, it could be quite eye opening.

As a veteran game master, I found the first part of the book to be kind of rudimentary. The concepts of playing to the audience is one that I try to live by, though it was nice to see someone who is a professional game master – James D’Amato is the host of the famous One Shot gaming podcast – feels the same way. Those who have maybe played role-playing games but never been a game master before would find The Ultimate RPG Gameplay Guide to be an invaluable resource to study before they try GMing themselves. Even as a veteran, I found some of the later chapters to be quite helpful in opening my eyes to new ways of thinking and new ways of planning out great adventures.

The Ultimate RPG Gameplay Guide is well written and incredibly useful for anyone who wants to run their own role-playing game. For me personally, I enjoy running games almost as much as playing in them, sometimes more. If you think you might also find the creative and social processes of making and running a game to your liking, then give The Ultimate RPG Gameplay Guide a read. It might just save your game, or at least make it a more fun experience for everyone.