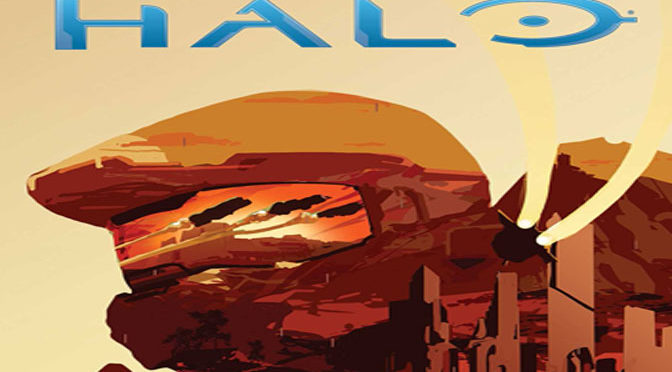 The action packed HALO Envoy breaks with most novels from 343 Industries because its main characters concentrate on making peace instead of waging war. That’s not to say it lacks combat. There’s more than enough rocket fire, Spartan II soldiering and energy sword swinging for the regular HALO fan.

The main character Melody Azikiwe is the Envoy from the title. She was sent by the Unified Earth Government (UEG) to broker a peace between human colonists and alien Sengheili on the planet Carrow. This is set during the most recent HALO history, six years after the Covenant War. While the War is over skirmishes keep occurring between the remnants of combatants as they strive to settle the same inhabitable worlds.

This being HALO we can’t leave such a complicated situation alone. It has to have intrigue from the Office of Naval Intelligence (ONI), some technology from the long dead Forerunners and some super-soldier Spartans. These elements come first from Melody who is given the key to defrosting the cryogenically frozen covert Spartan II Gray Team by ONI. The resourceful Melody works overtly for the UEG but has a covert mission from the top secret ONI. 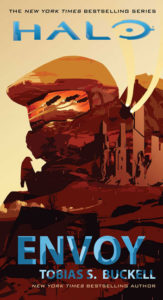 Melody’s overt mission is to broker a peace but her covert mission is to awaken the game’s famous Gray Team so they can secure a Forerunner relic that lies beneath the soil of Carrow. However, she is critically wounded getting them free.

The early scene where the Gray Team meets Melody in the hold of an alien Sengheili ship under attack by a separate set of aliens sets up the conflict. In it Jai-006, the team leader is awakened after Melody initiates their cryogenic thawing. Melody is wounded during this and Gray Team becomes conscious, without knowing where they are and still thinking they are fighting in the Covenant War.

“The civilian’s eyes snapped open, the pain jerking her out of unconsciousness with a startled moan. Her eyes were brown and matched her skin underneath all that fresh blood on her face…She passed out but was packed with biofoam to stabilize the bleeding.
“We have no weapons,” Adriana said. Jai kicked the plasma pistol over to her. She stopped with her boot and leaned over to pick it up. “This is a very small weapon.” Her tone suggested she didn’t think it was a weapon at all.”

The novel’s pace never lets up. Other characters, like the human colonist Governor Ellis, is trying to promote peace but must battle to get to it. Like Melody she has lost family members but because of this wants an end to conflict, even though she feels a justifiable anger to her opponents.

Gray Team and Melody find unlikely help with some Sengheili who want to build a cooperative future. These alliances are not fast or stable, like much of the HALO universe. One of the strengths of the HALO franchise is its willingness to explore not only large scale warfare, but the strongly fought civil wars that occur among allies.

HALO Envoy pits colonist against the UEG, ONI against aliens and aliens against each other. Tobias S. Bucknell, a Hugo and Nebula nominated writer, makes these conflicts mesh rather than dissolve into a narrative mess.