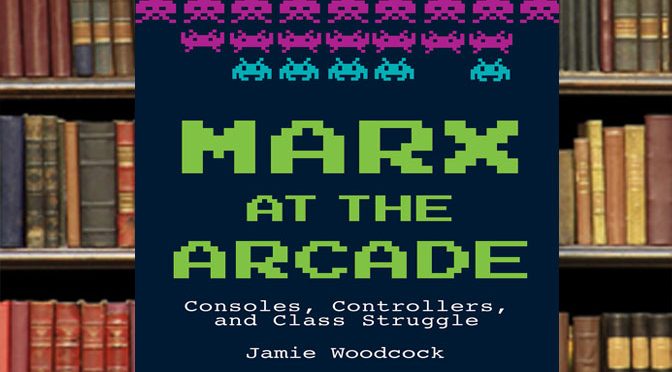 Marx at the Arcade

A fellow at the London School of Economics, Jamie Woodcock, takes a Marxist look at videogames in this very revealing and surprisingly not so radical book. You won’t find long discussions on dialectical materialism or a call to end corporate made videogames because of their surplus value. Instead you will find someone who enjoys videogames but who doesn’t turn their head to the real world examples of videogame companies engaging in workplace exploitation.

Woodcock proposes answers about how those who make and those who profit from such practices can address the problem and make it the work equitable. He comes across as a pro-union or labor activist rather than a revolutionary. It makes the book a smart study rather than a tiresome screed.

One of the examples Woodcock looks at is the famous ‘ea spouse’ letter which complains about the common ‘crunchtime’ practice of making people work 11 hour days, 7 days a week, to finish a videogame. This occurred in 2004 when a LiveJournal webpost log from someone calling themselves ‘ea_spouse’ called out the practice. It led to two class-action overtime lawsuits that totaled $29.5 million in the payouts and is much quoted. 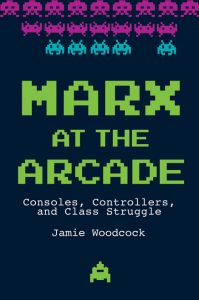 Woodcock shows that such long hours don’t lead to better work, only fatigue and no real return on the investment. This makes those who work these longer, more unproductive hours, that are not given overtime, end up devaluing their wages.

Issues of Social Composition come up also. Two surveys are cited, a 2017 IGDA(International Game Developers Association) and a 2015 UK wide organization from Creative Skillset. Both point out that the majority of game developers are single, white males. The UK study gave numbers of 4.7 being black and minority workers. It also showed that women made up 14%.

Woodcock believes that a more balanced composition would lead to a better life/work balance and, more importantly for him, a way to better organize and form a union.

This brings us to the most important part of his book. The newly organized response to the IDGA sponsored debate about Unions at the March 21st, 2018 Game Developers Conference by Game Workers United.

[amazon asin=1608468666&text=Discover a potentially better way of conducting videogame business with a copy of Mark at the Arcade from Amazon.]

The result was SAG-AFTRA’s won residuals, vocal-stress protections, coverage of stunt coordinators, and work disclosures for actors. Could this be the future for developers? This book points at the issue from the perspective of a revolutionary economist and is worth the read if you want to understand the business of videogames and some of its discontented developers.