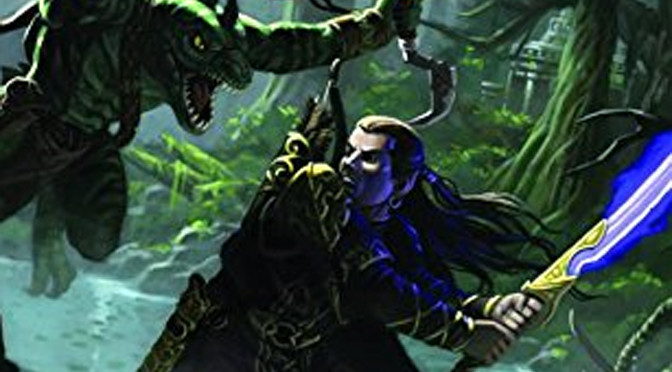 Hi everyone! I’m back with the first of many, hopefully, new reviews that I’ll be doing for the fine folks at Tor, one of the biggest publishers of Fantasy and Science Fiction in the world. This week I’m taking a look at Liar’s Blade by Tim Pratt, a book of the Pathfinder Tales universe!

Plot Synopsis: With strength, wit, rakish charm, and a talking sword named Hrym, Rodrick has all the makings of a classic hero — except for the conscience. Instead, he and Hrym live a high life as scoundrels, pulling cons and parting the weak from their gold. When a mysterious woman invites them along on a quest into the frozen north in pursuit of a legendary artifact, it seems like a prime opportunity to make some easy coin — especially if there’s a chance for a double-cross. 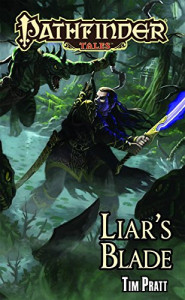 Plot: I really enjoyed this book, even if it’s a bit too short for my personal tastes. That being said I really did enjoy it quite despite the length not meeting my admittedly odd personal preference. It was almost like reading an 80’s Buddy-Cop movie that took place in a Fantasy world, except for the lack of montages.

Characters: This is the first book that introduces the characters Rodrick and Hrym, the talking sword, and I have to say that of all the recent fantasy novels I’ve read recently these two main characters are up there with anything from some of my top favorite authors like Brandon Sanderson. As any frequent reader of my reviews or Wednesday columns will know, I’m often not the most forgiving reviewer, though if I think something is good I’ll say so. Rodrick and Hrym are so atypical compared to any number of similar characters from similar books, the Drizzt series comes to mind, that it’s quite refreshing to see a character that will gleefully mess around with his opponents by screwing with their heads and proceeding to take all their money.

Pick up your copy of Liar’s Blade from Amazon and begin the adventure!

The rest of the cast is interesting as well, although Cilian is probably the weakest of the bunch in terms of character development. That said the real stars are Rodrick and Hrym who would be the two Buddy-Cops I mentioned in the plot portion above.

For those who like: Great Plots, Excellent Cast of Characters, Fantasy for Adults, The Pathfinder Tales RPG.