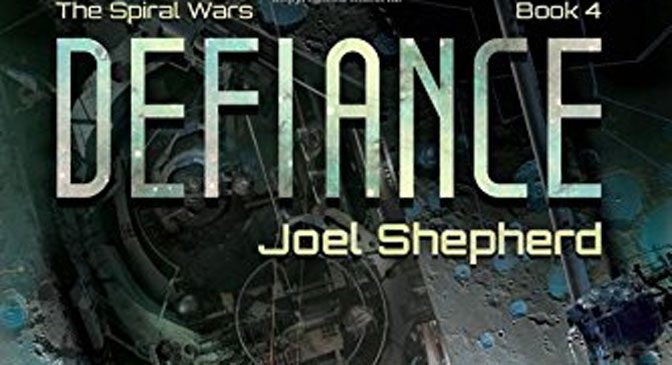 Hey all I’m back with the fourth entry in what’s shaping up to be an excellent series thus far. It’s Defiance, Book 04 of the Spiral Wars, by Joel Shepard!

Plot: Boy this series just keeps upping the tension and excitement with each subsequent entry in the Spiral Wars series, and Defiance doesn’t disappoint in that regard at all. There are tons of plot threads that were left hanging after the crew of the Phoenix left the Kantovan system and this entry will answer some of those threads. I won’t say much more, but Mr. Shepard definitely keeps raising my expectations of the next novel, and I’m not looking forward to waiting for the sixth and subsequent books. 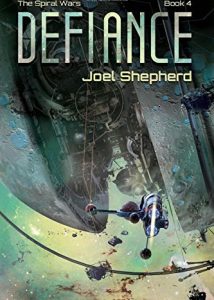 Characters: So there were plenty of new characters that were introduced in this entry, but I have to say that I enjoyed all of them pretty equally so I can’t pick one out of all them. As for Trace, well she’s still a badass character, but Lisbeth actually has replaced her as my most favored character thus far.

Pick up Defiance, a really good read, from Amazon today!

This might change in later books, and probably will, but I really enjoyed Lisbeth’s role in this book.