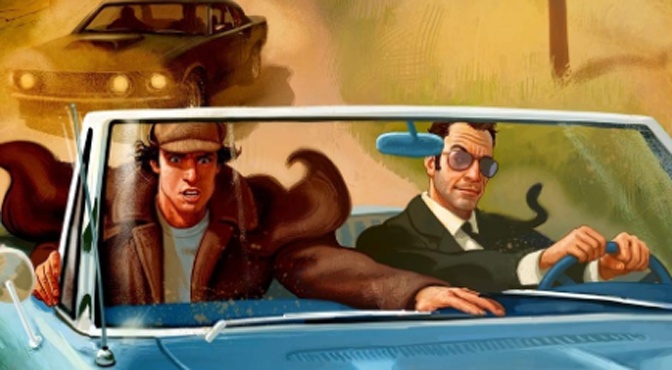 The Case of the Damaged Detective,
5-Minute Sherlock Book 01

Hey all I’m finally back with a book review, I apologize I had some incredibly serious technical difficulties that took me a long time to fix.  It’s The Case of the Damaged Detective, 5-Minute Sherlock Book 01, by Drew Hayes!

Plot: The plot of this is both ridiculously annoying and amusing, which is pretty much par for the course for Mr. Hayes books. The basic summary is that some dude was experimented upon and has the ability to overclock his mind for 5 minutes, and he thinks he’s the descendant of Sherlock Holmes. The poor sod who gets tasked with escorting this lunatic across the country is ordered to go under the guise of a descendant of John Watson, Sherlock Holmes famous assistant just to encourage that delusion. 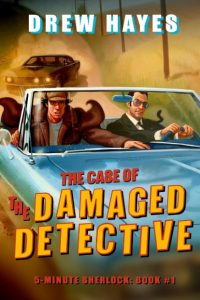 I enjoyed this book for the most part, but there were parts that made me want to reach into the story and strangle people, which isn’t too unusual for me when it comes to books like this.

Characters: Sherman, our clueless (not entirely sure that adjective applies, but there we go; Oh and the pun is fully intended) main character is both entertaining and frustrating. Frustrating because most of the time he’s a complete moron, and then there’s the rare few times he’s utterly brilliant and I really don’t want to hate him. Watson is both the straight man to Sherman’s antics and our main Point of View, which mirrors the original Sherlock Holmes books to a good degree. The rest of the cast is okay, but the stars are Sherman and Watson, which is again sticking close to the original books.

[amazon text=It’s not crazy to want a copy of this fun title. Pick up The Case of the Damaged Detective from Amazon!&asin=B084Z4JS4R]

Voicework: Scott Aiello and Carol Monda are our two narrators and they do a great job of it. They both ensnared me with their voicework, but at the same time it got to be frustrating at times because of how much I wanted to punch the characters in the story. That’s proving they do a good job, but making me feel that way is tiring to my poor nerves so I try to stay away from audiobooks like this one.

Overall: I might enjoy a sequel if one ever comes out, but for now I’m just glad the audiobook is over and I’ve finally written this darn review after it took me seven months to get to it.

For those who like: Comedy, Mysteries, Delusional Main Characters.