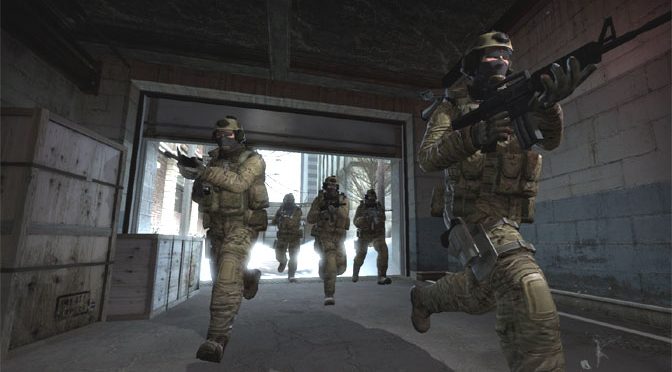 The gaming sector has been at the center of one of the biggest revolutions the leisure industry has ever experienced. In less than a decade, gaming revenue increased by around 700 percent, from just under $20 billion in 2009 to $138 billion in 2018. Researchers at UKie.co.uk predict this will rise to $180 billion by the end of next year.

It’s easy to assume this revenue comes from gamers walking into stores and buying the latest games for their Xboxes and PlayStations. However, this is only part of the story, and a small part, at that. The gaming industry is a complex one that encompasses many diverse strands.  Mobile downloads are of huge importance, but even more significant is streaming.

eSport has been steadily growing in popularity over the past two to three years. The unprecedented events of early 2020 brought it to mainstream attention, with sports fans watching their favorite sports shift to cyberspace, from VR Formula 1 to virtual horse racing being shown on the major sports channels.

Bringing gaming – whether it is League of Legends, FIFA or online slots – to a spectator audience is one of the industry’s fastest growing revenue streams. As well as bringing in billions for platforms like Twitch.tv, it elevates the very top game streamers to sports star status – and with earning potential to match. Here, we meet some of the highest paid streamers from around the world and find out how they make so much money.

No big surprise who is at the top of our list. Tyler Blevins, better known as Ninja, has been streaming games for a living since 2009. He started out playing Halo 3 before moving on to PUBG and then Fortnite. By that time, his Twitch channel had more than 14 million followers, earning Ninja an estimated $500,000 per month. He was the original internet celebrity, before anyone had even heard of the term.

Ninja surprised everyone by closing down the most famous Twitch profile in gaming last year and moving to Mixer. How much he earned by doing so has remained undisclosed, but it is rumored that the exclusivity deal alone was between $20m and $30m. In all, the move is likely to have netted Ninja something in the region of $100 million. He also has lucrative sponsorship deals with the likes of Adidas and Red Bull, as well as his own line in merchandise. In all, that places his career earning potential right up there with the likes of Tiger Woods, Floyd Mayweather Jr and Serena Williams.

Casino game streaming has become one of the most popular – and lucrative – sub genres on Twitch. Intuitively, it makes sense. In the days before online casinos, we would stand in the arcade or slots area of a casino and watch the experts playing the machines, hoping to pick up a few tips. Today’s game streamers provide exactly that service, and with the eye-watering sums available to win from progressive jackpot games, there are plenty of people queueing up to watch and learn.

As a result, there are new casino streamers appearing on the scene with every passing week. Roshtein, however, has been a familiar figure on Twitch since 2016. With his iconic hat and his frighteningly high wagers, he’s hard to miss. There have been some question marks over whether he plays with real money, but these questions have only served to boost his notoriety. In the world of streaming, there are few things more powerful than controversy for boosting subscriber numbers!

Despite the evolution it has gone through in recent years, gaming is still seen as a predominantly male pursuit. However, a growing number of female streamers are changing that, and right at the center of the action, you will find Laurien Gugich, better known as LoriiPops. The 24 year old has been hooked on gaming since sitting on her father’s knee as a small child while he played Doom. With almost 100,000 followers, LoriiPops says she earns enough not to need worry about going out to find a job. That’s just as well given that she recently had a child of her own, who often puts in an appearance on her Twitch broadcasts.

Lorripops is unusual among streamers in that she is willing to try out a range of different games, all at the most difficult level. Perhaps she should consider following Roshtein into the world of casino streaming given the way this area is booming in New Zealand at present. A joint effort with leading platform CasinoBlox.co.nz could be a logical first step, and it would certainly add even more to her band of followers.

Felix Arvid was born in Gothenburg, the son of a CIO mother and corporate executive father. However, PewDiePie, as he is better known in gaming circles, has been a resident of Brighton in the south of England for the past decade. Arvid dropped out of university to follow his dream of streaming for a living, an incredibly brave course of action back in 2011 and something that even today, he says would generally be a “f****** stupid” course of action.

It is this forthright attitude that has won him so many followers over the years. It has also been known to land him in hot water from time to time, when he has put his mouth in gear before first engaging his brain.

Sean McLoughlin is Ireland’s most famous YouTuber, regardless of genre. These days, he is best-known for his comedy videos and charity events. But he is a gamer at heart, and it was game streaming that got it all started, way back in 2012. In 2013, he was mentioned in a video by PewDiePie, and his natural Irish charm did the rest. The exposure catapulted his subscribers from 2,500 to 15,000 in just four days.

The Irishman is best remembered for his Prop Hunt streams throughout 2016, where he competed against other high-profile streamers. However, he has made a point of keeping things fresh and avoiding being pigeonholed by a single game. His versatility is such that he has even branched out into the world of fashion, launching a clothing brand in collaboration with US gamer Mark “Markiplier” Fischbach.

There are so many young game streamers springing up in India, it is hard to select one. However, if pushed to do so, Aadii Sawant is a step ahead of the rest. PUBG has developed a major following, and even more so in the recent lockdown months. Dynamo Gaming, as Sawant’s YouTube channel is known, recently passed the eight million subscribers mark.

That makes Dynamo one of the most popular PUBG streamers, not just in India, but across all of Asia. The young man from Mumbai has not let the fame go to his head. He recently uploaded a video in which he talks about the evolution of Dynamo Gaming. Even if you don’t understand Hindi, the footage of Dynamo meeting a young fan who is unable to contain his emotions speaks volumes. It demonstrates that today’s top streamers are every bit as important as famous footballers, singers or movie stars.