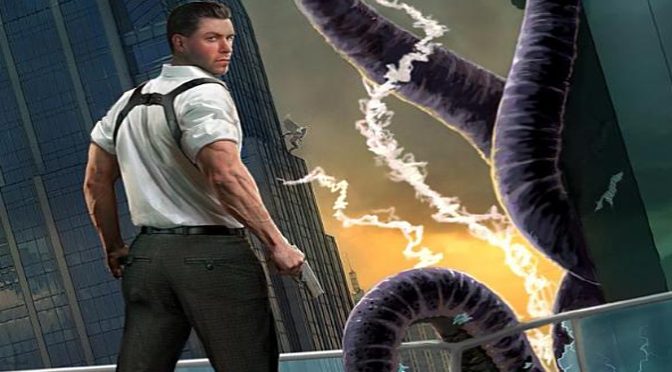 Hey all I’m back with a long overdue Audiobook review, but life kicked me in the teeth recently so I’m sorry it’s taken me so long to get to you all. It’s Culture Shock, Book 01 in the Gunn Files, by M.G. Herron!

Plot: The plot of this book is a mix between the Dresden Files and Men in Black (the film series). It has some supernatural elements but there are sci-fi elements as well. While I loved those two series, Culture Shock doesn’t quite meet the same standard. For example the humor that is so prevalent and helps dampen the somber mood of the Dresden Files is completely gone, and the action that is pretty quick to happen in Men in Black takes a good while to get started. 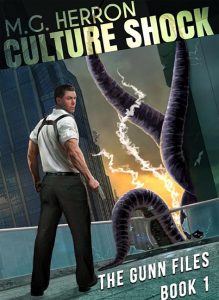 Characters: The best example of this occurring is with the main character, Anderson Gunn. Where Harry Dresden is humorous and witty, Gunn isn’t. When Agent J would take decisive action, Gunn doesn’t. In addition he really just sets me off with his accept no help from friends Self-flagellation attitude. I can accept that the last is something of a personal issue that set me off when I was listening to this, but I’m going to ask for forgiveness on that because of a family death that occurred nearly a month ago. The rest of the cast is okay, but honestly Gunn just doesn’t sit right with me, although I’ll freely admit that it might be because I’ve been in a bad headspace this month.

Overall: An okay Urban Fantasy/Sci-Fi that fails to meet the standards of its two prime influencers, the Dresden Files and Men in Black.

For those who like: Urban Fantasy, Sci-Fi, Action, Drama.