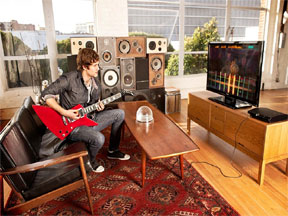 Rocksmith is the next logical step in guitar music games, where you plug in your actual guitar to your console, and then learn how to play it. It’s a neat concept done well, but may not have mass appeal. 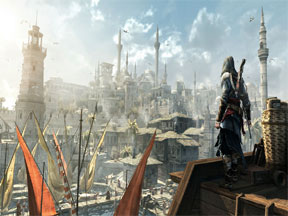 Assassin’s Creed: Revelations throws everything at a player that it can to really push the experience. But all the mini-games could have been trashed in favor of a richer main storyline.

In anticipation of the new Assassin’s Creed, Ubisoft has released the original awesome trailer with a new voiceover from Ezio and extra footage. Find out what happens to an older, more grizzled Ezio after they slip the hangman’s noose around his neck. http://www.youtube.com/watch/?v=PraZ9_FJcec I for one, never get tired of the slick, AC trailers. Publishers: Ubisoft Developers: Ubisoft Montreal Platforms: PC, PlayStation 3, Xbox 360

Ubisoft has released a new gameplay trailer for Assassin’s Creed Revelations and Ezio’s getting stabby with it. It’s slick with an amazing soundtrack (Ubisoft discovers dubstep)and as we’ve come to expect from the AC trailers, it leaves us wanting more. Assassin’s Creed Revelations hits shops on 15 November 2011. http://www.youtube.com/watch/?v=6kmulGwfHrc Looking forward to this one and I hope we get to do mid-air combat as shown in the trailer. Publishers: Ubisoft Developers: Ubisoft Platforms: PC, PlayStation 3, Xbox 360 Events: Gamescom 2011

Ubisoft is just one of the third party publishers supporting the launch of Sony’s PlayStation Vita. Assassin’s Creed is one of the biggest titles to be heading to the handheld. Ubisoft also announced Rayman, Lumines, Dungeon Hunter Alliance and Michael Jackson: The Experience. The PlayStation Vita is Sony’s new handheld and the spiritual successor to the PSP. No launch date or price has been announced yet, but surely it has to slip somewhere in between the new PS3 price of $249 and the recent PSP price cut to €99. Publishers: Ubisoft Events: Gamescom 2011

The spiritual successor to Rez will be swooping onto PS3 and Xbox 360 on 14 June. This is the US release date, so Europe can probably expect to get the game around 17 June. Published by Ubisoft and created by Tetsuya Miziguchi, this on rails psychadelic shooter will be available on Move and Kinect and could be the first game to really show off controller free gaming to full effect. The game will also work with a normal controller, but where’s the fun in that? Check out the Child of Eden trailer here Publishers: Ubisoft Platforms: Xbox 360 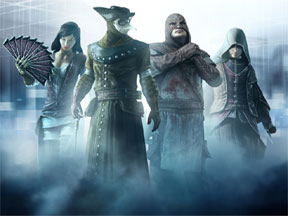 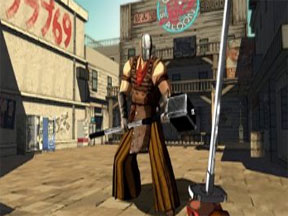 Rebooting a beloved series has many advantages and pitfalls, as the Wii’s Wild West crime-fighting game Red Steel 2 proves many times over. 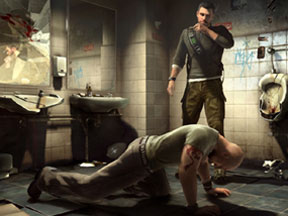 Splinter Cell Conviction isn’t like any of the other titles in the series. This time around, Sam Fisher is out for himself, and can use stealth or run and gun madness to accomplish objectives. 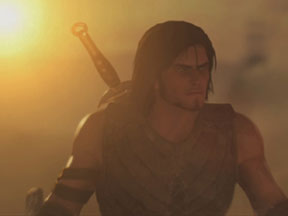 In many ways, Prince of Persia: The Forgotten Sands video game is worlds better than the Prince’s current blockbuster movie, and that’s a good thing for gamers everywhere.