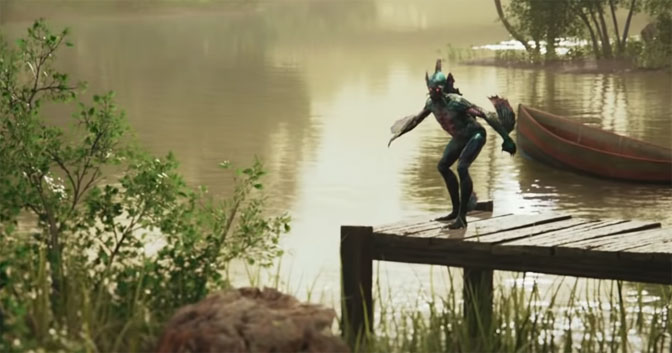 Available now for free on iOS and Android, The Witcher: Monster Slayer is a brand new game set in The Witcher universe. Developed and published by Spokko, the game challenges players to take on the role of a freshly trained witcher adept and step out into a dark fantasy realm using only their mobile phone. Using advanced AR features, as well as their location and the time of day, players will be able to hunt down over 100 witcher-world monsters both old and new. By logging in to the game no later than July 28th, Android and iOS users will … END_OF_DOCUMENT_TOKEN_TO_BE_REPLACED

The Witcher: Monster Slayer — developed and published by Spokko — is set long before the story of CD PROJEKT RED’s The Witcher series of games. In a time where monsters freely roam the land in large numbers, the relatively new role of ‘witcher’ has become essential across the Continent. In Monster Slayer, players will see the world around them transformed into the dark-fantasy realm known from The Witcher universe. As a freshly trained witcher themselves, they will engage with location-based gameplay and advanced augmented reality features to track down and hunt bloodthirsty monsters lurking nearby. In anticipation of Monster … END_OF_DOCUMENT_TOKEN_TO_BE_REPLACED