You’re wiping blood off the chinked armor you donned today, a mixture of your own sanguine fluid and the foe lying dead at your feet. Good thing you chose the poleaxe over a sword, it was the extra reach that gave you this particular victory, but will it save you from the crossbow bolt zipping toward your head? It won’t. You’ve just encountered your first glimpse into War of the Roses, and the battle has you thirsting for more. Paradox Interactive and Fatshark today unveiled the first-ever gameplay trailer for War of the Roses, an ambitious and gritty multiplayer action … END_OF_DOCUMENT_TOKEN_TO_BE_REPLACED

Paradox Interactive have today released the first expansion for their internally developed Grand Strategy title Victoria II focusing on the American Civil War era, Victoria II: A House Divided, with a suggested retail price of $19.99/€19.99/£14.99. From the development team behind Hearts of Iron and Europa Universalis, Victoria II: A House Divided introduces a new starting point in 1861 allowing players to experience the US Civil War from the start, from the era of absolute monarchies, encompassing expansion and colonization, culminating in the emergence of the US as a global superpower at the dawn of the 20th century. Publishers: Paradox … END_OF_DOCUMENT_TOKEN_TO_BE_REPLACED

Finally we get up to Lust in the seven deadly sins category. Though, this was kind of a letdown lust-wise. http://www.youtube.com/watch/?v=e1BVW14qXNE Publishers: Paradox Interactive Platforms: PC

Check out how detailed of a plan you can implement in Crusader Kings II with these live actors to help out. Dancing not included. http://www.youtube.com/watch/?v=cle3Vxjl5Vc Publishers: Paradox Interactive Platforms: PC

Raise shields, arm the phaser banks and plot a course to victory in Sword of the Stars II: Lords of Winter, the new science fiction empire building game from Kerberos Productions and Paradox Interactive. Sword of the Stars II is the sequel to the cult strategy favorite Sword of the Stars and continues the franchise emphasis on meaningful strategic choices, thrilling space combat and galactic conquest in a universe rich with personality and history. The races from the first game have now established themselves in small empires in the stars, but new challenges and new technologies await, as does an … END_OF_DOCUMENT_TOKEN_TO_BE_REPLACED 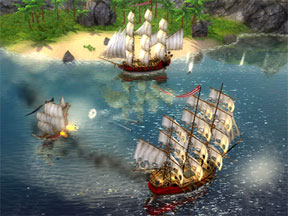 Mixing an RPG, an RTS, an adventure game and a comedic script, the Pirates of Black Cove are ready to amuse you with action on the high seas.

Paradox Interactive today announced that Hearts of Iron The Card Game, a free-to-play, browser-based, online Collectible Card Game (CCG) set in World War II, has entered Beta and is seeking players to test the game. Beta players will receive three exclusive cards for their deck that can be used in both the beta and live game after the game officially launches this summer. To sign up for the Beta, please go to: http://beta.hoitcg.com/hoi/index.php In Hearts of Iron The Card Game, players take on the role of Axis, Allies, or Comintern and choose their strategies as they challenge opponents online in … END_OF_DOCUMENT_TOKEN_TO_BE_REPLACED 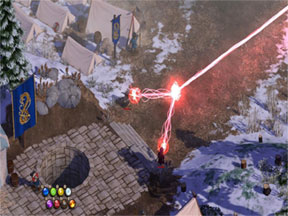 Magicka does the impossible and brings some unique gameplay to the market, mixing RPG, puzzles and adventure. As a downloadable and inexpensive title, it’s quite the champion.