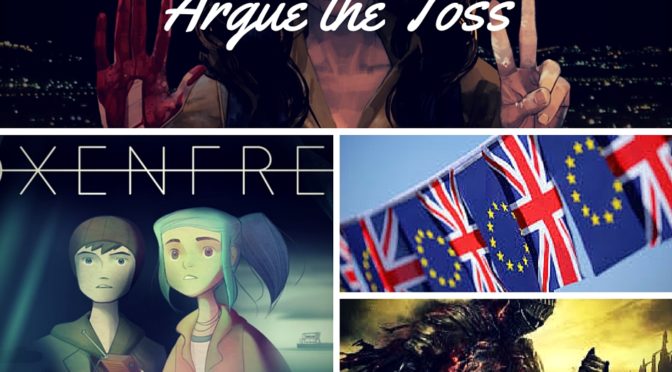 After the grueling task of watching and then talking about E3, the ATTeam have both been on sabbatical – one to the muddy fields of Glastonbury, and one to the bloody fields of Lordran.

Now the gang’s back together, and there’s just one burning question on their minds – “so, uh, what’ve you been up to, anyway?”

This week’s ATT is a catch-all catch-up cast. The duo discuss Drew’s newfound obsession with Dark Souls, chat about Oxenfree, The Beginner’s Guide, 1979 Revolution, and finally sort out that whole Brexit mess. Join us for an episode as varied and delightful as Ryan Gosling is handsome and famous.

Stay tuned for the end, where we announce an upcoming Special Guest!