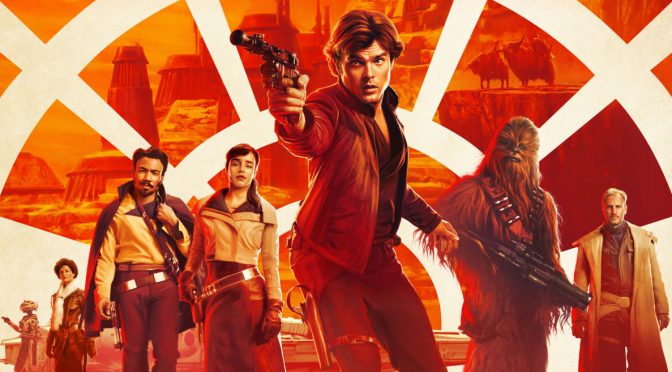 “WHAT’S THE KESSEL RUN?” you cry as Han boasts about his ship in Mos Eisley cantina. “HOW DID HE GET THAT?!” you shriek as pulls his iconic blaster from its holster, standing on the ramp of the Millennium Falcon and firing at the incoming stormtroopers. “WHERE DID HE GET THOSE HANGING DICE THAT LITERALLY ONLY APPEAR IN ONE SCENE OF THIS TRILOGY AND ARE REALLY HARD TO SPOT?” you howl as he slides into the Falcon’s cockpit and escapes Tatooine. “WHERE DID HE MEET THE HAIRY MAN?” you wail, now thumping your fists against the outside window as your friends awkwardly close the blinds and hope you go away so they can watch the rest of the film in peace.

Boy howdy, do we have the film for you.