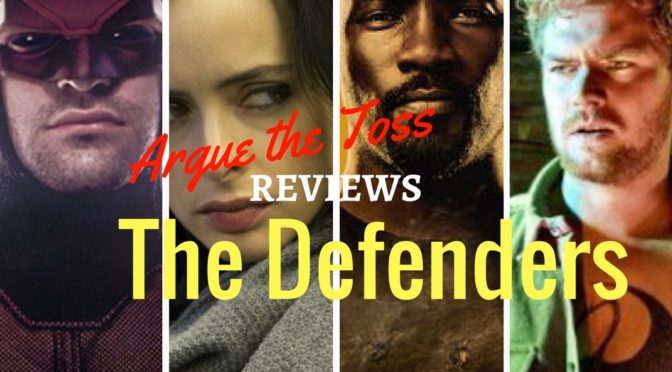 It’s finally here – the big crossover we’ve been waiting on forever, ever since the first season of Daredevil dropped way, way back in… 2015? Jesus, was it really only two years ago? They’ve done six series in that time? That can’t be… OK, well, it feels a lot longer, which is the important thing.

This week, Argue The Toss is here to review Marvel’s l- no, sorry, I can’t get over that. That can’t be right. Daredevil came out, like, forever ago. No, it’s fine, I’ll drop it, but… right? I’m not the only one who thinks this?

Anyway, the point is, everyone’s three favourite low-tier New York superheroes and Iron Fist have finally gotten together for a battle royale with the villainous Hand, whom you’ll know all about if you’ve watched all of Daredevil S2 (maybe) and Iron Fist (probably not). After two years of build-up, how could The Defenders not be an explosive, high-octane thrillride? Well, listen and find out, ’cause spoiler alert: we spend this whole episode talking about what a disappointment it is.