Sony kicked off their E3 Expo Conference this year by showing all the games, peripherals and original content that will be available for PlayStation gamers of all stripes.

Wage guerrilla warfare and reclaim the streets of Philadelphia in “Homefront: The Revolution” – a captivating new free roam FPS to be co-published by Crytek and Deep Silver. Coming to Xbox One, the all-in-one games and entertainment system from Microsoft, PlayStation 4, PC, Mac and Linux in 2015, Homefront: The Revolution throws players into a near future dystopia where catastrophic events have brought the USA to its knees and enabled North Korean forces to impose a brutal military occupation. Trapped in this American nightmare, Philadelphia – Birthplace of Independence – has become a police state, where surveillance drones and armored … END_OF_DOCUMENT_TOKEN_TO_BE_REPLACED 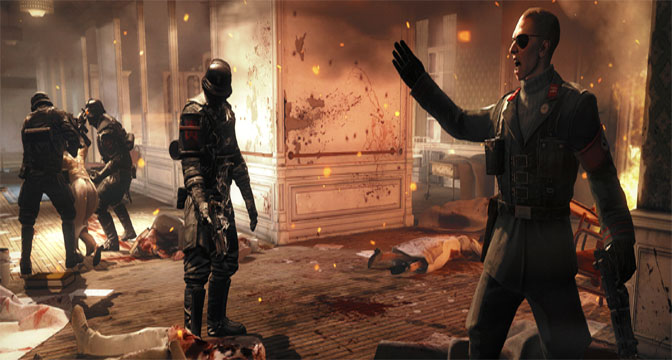 Wolfenstein: The New Order takes us into an alternate reality where the Nazi’s won World War II. But you won’t surrender. From Berlin to the moon, you can give them hell.

The Evil Within, in development for the Xbox One, Xbox 360 video game and entertainment system from Microsoft, PlayStation 4 computer entertainment system, PlayStation 3 computer entertainment system, and PC, embodies the meaning of pure survival horror. Highly-crafted environments, horrifying anxiety, and an intricate story are combined to create an immersive world that will bring you to the height of tension. With limited resources at your disposal, you’ll fight for survival and experience profound fear in this perfect blend of horror and action. While investigating the scene of a gruesome mass murder, Detective Sebastian Castellanos and his partners encounter a … END_OF_DOCUMENT_TOKEN_TO_BE_REPLACED

Ubisoft has released the first video in a series of Developer Diaries for Valiant Hearts: The Great War. Presented by Art Director Paul Tumelaire, the following video focuses on “Art & Emotion” in the game and details how the team developed the unique art style and concept used to tackle the emotional story of everyday citizens during the First World War. Valiant Hearts: The Great War will be available a digital download for Xbox One, Xbox 360, PS4, PS3 and PC on June 25th. Publishers: Ubisoft Platforms: PC, PlayStation 3, PlayStation 4, Xbox 360, Xbox One

Play as Aiden Pearce, a brilliant hacker who saw something no one was meant to see.  His enemies came for him, but killed a family member instead.  Now on the hunt for those responsible, you’ll be able to monitor and hack all who surround you by manipulating everything connected to the city’s network. Use the city of Chicago as your ultimate weapon and exact your own style of revenge. Watch Dogs will be available worldwide on May 27, 2014, for PlayStation 4 system, PlayStation 3 system, Xbox One, Xbox 360 and Windows PC. Publishers: Ubisoft Platforms: PlayStation 3, PlayStation 4, … END_OF_DOCUMENT_TOKEN_TO_BE_REPLACED 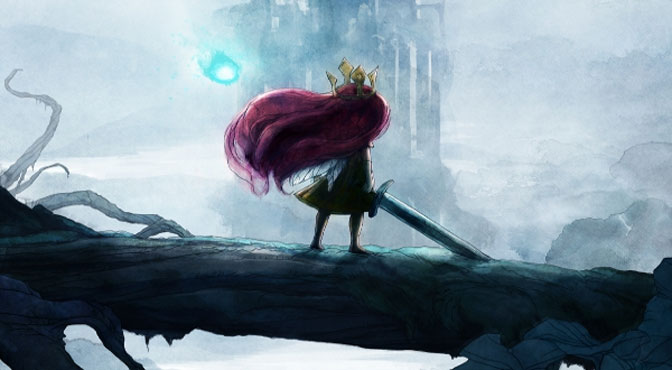 Child of Light is one of the most beautiful adventures ever made, to the point that comparing it to a living poem would not be much of a stretch. It’s also a solid RPG, so dig in!

Bethesda Softworks, a ZeniMax Media company, today announced that Wolfenstein: The New Order, the first-person action-adventure shooter, is now available in North America, Europe and Australia. Wolfenstein: The New Order, a reimagining of the franchise widely credited for helping establish the first-person shooter genre, is available for Xbox One  and Xbox 360 video game and entertainment systems from Microsoft, PlayStation 4 and PlayStation 3 computer entertainment systems, and Windows PC. Developed by MachineGames, a studio comprised of a seasoned group of developers recognized for their work creating critically-acclaimed story-driven games, Wolfenstein: The New Order offers a deep game narrative packed … END_OF_DOCUMENT_TOKEN_TO_BE_REPLACED

The resistance has gathered, and the time to rise up and strike the Nazi forces has come! In this final trailer for Wolfenstein: The New Order, titled ‘House of the Rising Sun’, B.J. Blazkowicz and his group of resistance fighters unite to take on the powerful Nazi legions, and rewrite history. Set to release next week on Tuesday, May 20th in North America, Europe and Australia, Wolfenstein: The New Order – the first-person action-adventure shooter developed by MachineGames – reignites the franchise widely recognized for pioneering the first-person shooter genre. Set in the 1960s, the monstrous Nazi regime has used … END_OF_DOCUMENT_TOKEN_TO_BE_REPLACED

The Watch Dogs 101 trailer gives gamers a preview of what to look forward to when the game launches later this month. Watch Dogs will be available worldwide on May 27, 2014, for PlayStation 4 system, PlayStation 3 system, Xbox One, Xbox 360 and Windows PC. In Watch Dogs, players will assume the role of Aiden Pearce, a brilliant hacker whose criminal past led to a violent family tragedy. Now on the hunt for those who hurt his family, players will be able to monitor and hack their enemies by manipulating everything connected to the city’s Central Operating System (ctOS). … END_OF_DOCUMENT_TOKEN_TO_BE_REPLACED