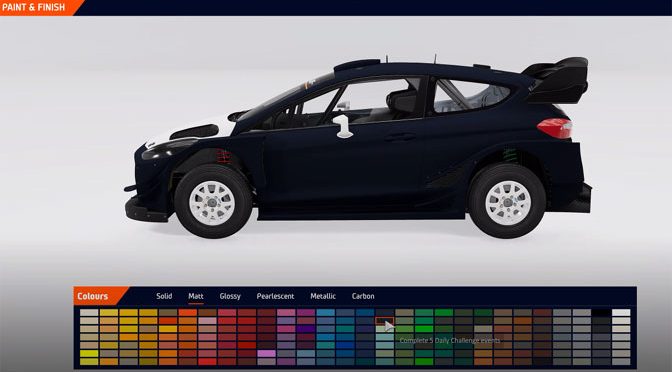 NACON and KT Racing studio are happy to unveil a new video for WRC 10, the official game of the FIA World Rally Championship, bringing to light a brand-new feature highly expected by the fans: the Livery Editor.

Never seen before in a WRC game, this very comprehensive customization tool invites the community of players to push the limits of their imagination. With WRC 10, it is now possible to create totally unique liveries from nearly thirty WRC, WRC 2, WRC 3 and Junior WRC cars included in the game, as well as the historical cars. Colors, shapes, stickers, logos, lettering… players can access to infinite possibilities to impose their style and wear their own designs, including in the Career Mode.