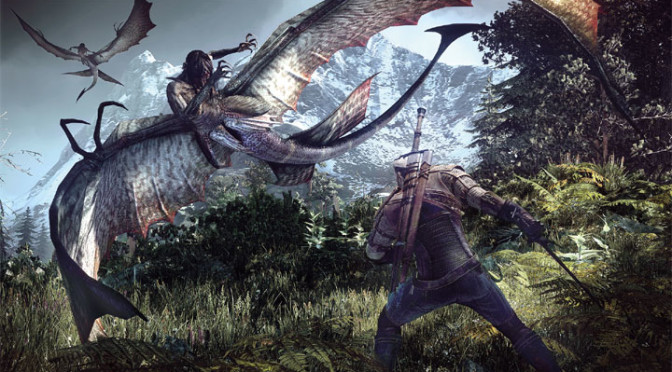 Open world epic, The Witcher 3:Wild Hunt leads the nominations for the 2015 GiN Games of the Year Awards with a total of seven nominations.

Fallout 4 scooped five nominations, including Best Environment, for its sprawling desert dystopia. It’s also up against The Witcher 3 for Best RPG.

The winners of the GiN Games of the Year Awards will be announced at the end of March. Gamers can get their vote in here.

When it comes to the Game of the Year, that’s a completely open vote, allowing gamers to pick the game they like best, not just the short listed nominees. That means anything can happen, as we’ve seen in past years.

Here are all the nominations:

What was the best adventure title of 2015 from this list of nominees?

What was the top role-playing game of the year?

Of all the games in 2015 that were family friendly, which one do you think was best?

The Book of Unwritten Tales 2

Can you solve this one? Which game had the best puzzle elements in 2015?

The Mystery of Neuschwanstein

Hero of the Kingdom II

Which sports game scored the highest this year?

Calling all armchair generals, what was the best strategy game of 2015?

Which game in 2015 offered up the best story?

What title had the very best environment? This could mean visually stunning, or one that created a unique and enjoyable atmosphere.

Which game in 2015 had the very best original soundtrack?

Of all the characters that you’ve played or met in games during 2015, who was the most memorable?

Chloe Price from Life is Strange

Link from The Legend of Zelda: Majora’s Mask 3D

Critter from The Book of Unwritten Tales II

Katarina from The Incredible Adventures of Van Helsing III

What was the best title released in all of 2015 for the Nintendo WiiU?

What was the best title released in 2015 for the Sony PlayStation 4?

For the Microsoft Xbox One console, what was the best title released in 2015?

For those of you who play on the PC, what was the best game released in 2015?