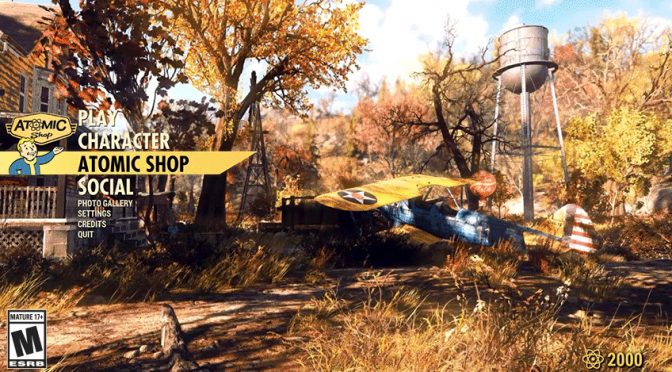 Unless you’ve been locked in a vault of your own the past few months, you’ve probably noticed that Bethesda’s Fallout 76 is nothing less than an unmitigated disaster. Fans of the series and critics alike have savaged the first online Fallout experience, and for those out of the loop, we want to look at why.

The most obvious answer, as it so often is when it comes to Bethesda games, are the bugs. Bethesda has always been a company happy to sit back and allow fans to patch the thousands of issues which arrive in their games, even going as far as to ignore the easily fixable ones with rereleases years down the line. Fallout 76, however, does not allow fan patches and, as such, Bethesda has dug its own grave.

From weapons which do no damage to invisible enemies, constant crashes, progression rollbacks, and even the much-anticipated nukes crashing the servers, this game has been a technical disaster on all fronts. This extends to performance too, with frame rates dropping down to the teens on some consoles.

Next on the terrible list of awfulness is a flat lack of content. Fallout has traditionally been a series which has thrived on story, and a big part of that has been delivered through NPCs. Fallout 76 decided to ditch almost all NPCs, in a bizarre move that any long-time fan could have easily warned Bethesda away from.

This lack of content also extends to the gameplay loop, as Fallout 76 has some of the most basic systems in the series. While it does include limited building systems as taken from Fallout 4, it lacks anything approaching the variety available from the likes of Fallout New Vegas’ casino gambling. Granted, in this day and age even the best video game casino can’t stand up to real ones, but at least an attempt on this front would drive both single and multiplayer engagement.

Just because something like Casumo has taken the world by storm doesn’t mean you have to give up, Bethesda. You don’t have to give real money payouts, free spins, or anything special, just, for the love of the wasteland, give us something.

The final insulting avenue which we need to address is how Bethesda has dealt with issues surrounding exterior factors of their games. One of the examples of this is how they flat-out lied to consumers who ordered the Fallout 76 Power Armor Edition of the game. The advertising material said those who bought this would receive a cool canvas bag, which was downgraded to a cheap and horrible nylon bag without letting the customers know.

So how did they respond when consumers pointed out that this was unacceptable? Well, their first instinct was to give players $5 worth of free currency, not even enough to purchase an in-game bag in their woefully inflated premium currency shop. At least they finally caved and have agreed to send replacements, but this only came around due to public pressure, so on this front, they deserve no credit.

As for the future of this game, we are left to guess. If Bethesda’s track record is anything to go then we wouldn’t expect any decent changes, though as they have never faced public backlash on this scale before, the reality is still uncertain.