Esports has gained popularity over time. It has already become one of the major activities among youngsters across the whole globe. Esports was once only a PC game, that you could play only after doing the homework, and for the limited time. You had to ask your parents to sit in front of the computer and play games at least for some time.

Now Esports is one of the major industries in the world. People of all origins, of all ages, play different esports games for hours and days, and let me tell you that they play the esports professionally, meaning that they have been competing with each other and the prize pool for winning is none of the modest ones.

Esports have increased in popularity especially since the introduction of advanced technologies. Modern laptops and gadgets give us the ability to play our favorite games without any distraction and thus guarantee the speed and the quality of the game. Another factor, which has contributed to the development of the industry is, of course, the internet. Previously the internet was only with wires, and basically you could not afford good quality internet rather than connecting your PC with the Internet Modem.

After some time, the mobile internet was also introduced to society, this gave additional hope that at some point during the technological era, the internet on our devices might get even faster and that we might even be able to play the favorite games online in our phones. It also gave a hope that the internet might get wireless and thus, several devices could be connected to the modem and reach internet connection without a problem.

Not even a decade has passed ever since and, the highest quality internet with the extreme speed is available everywhere, simply everywhere, even at the metro stations and undergrounds. The internet is basically in the air, and at some point, it might be even more than the oxygen.

With the rapid technological development and advancement, the internet became the key focus for society. Different developers became more and more focused on entertainment methods through the internet. At some point, they have come up with some of the best solutions and have introduced games that basically chain us to the devices. 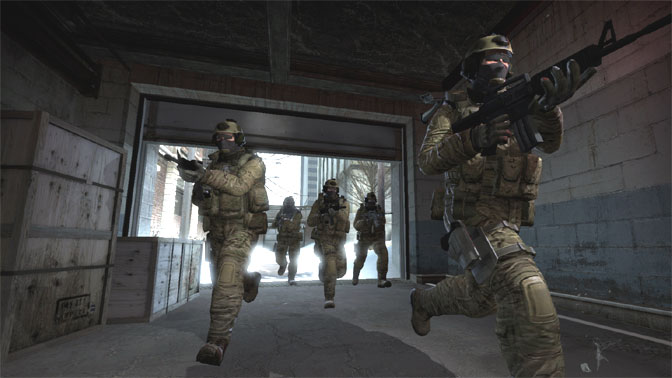 Despite that many countries are involved in the gaming industry, some of them have adapted better to the conditions and have implemented several regulations and measures in order to commit to the more swift development of the field.

Esports is one of the major activities in Norway. Many young people are involved in the industry and the tendency is increasing even more. There are a bunch of sponsors who support esports and work for the development of the field. One of the major sponsors for esports teams, especially the Counter-Strike: Global Offensive, are the top online casinos in Norway. Many teams have been sponsored by the online casinos and thus, many young people have created their own successful esports career paths.

Not only the gambling market is dominated by Norway but the gaming market as well. Some of the top players of different esports games come from Norway. You would definitely have a question why does it happen? Especially considering that there are way bigger countries, with way more people involved in gaming, and thus why is Norway dominating?

There are several reasons for that. As already mentioned Norway is the country that tries to adapt all the changes very swiftly and tries to make the best out of it. Consequently, they are more or less ready for the changes and challenges and thus are prepared for them. The domination over the market is due to the high competence of the people in the industry as well as the very user friendly environment for gamers.

We can not name many countries that have paid as much attention to gaming and esports as Norway. Perhaps it is one of the very few countries, which has tried to make the gaming industry very attractive and safe for the players, while some other countries try to discourage people from playing games.

Norway has adopted several legislations in the second half of the previous decade, stating that the esports should be included in the regular school curricula, making the esports equal subject to any other school subjects. Students were encouraged to participate in esports activity. The main focus was on the Counter-Strike: Global Offensive.

CS: GO was not chosen only because it is the most popular esports across the globe and many people play the game but were chosen due to the fact that it certainly features several skills that are essential for the good teamwork and generally for the successful students.

CS: GO is an esports game, that teaches teamwork, listening and strategic as well as analytical thinking. According to the school science department, the main focus of the esports lessons is to develop some of the most essential and necessary skills for students, which will be useful for their future careers. The skills include teamwork, listening, and strategic thinking. Those are the skills that can not be read out from the schools and need some practice and experience in order to be developed.

Most of the schools which have included esports in their school curricula deliver 5-hour lessons per week, in total 30 hours of esports lessons during the month. Not all time is spent on gaming, of course, students also train physically to stay fit and maintain good health, despite sitting for a very long time in front of the computer and playing. The school authorities understand the importance of staying fit and being energetic despite the constantly sedentary lifestyle that the gamers have to stick to.

Another factor that the school officials have been working one while introducing Counter-Strike to the school curricula is the ability to concentrate on certain topics for a long time. It is sometimes really hard to stay focused on one thing and to work efficiently even after several hours of doing one thing. The teamwork games and esports games live CS: GO, LoL are the perfect way to practice the concentration ability and develop this skill.

While there are many other reasons why Norwegians are the top players in the esports, it should also be mentioned, that the prize pools in the esports, and especially CS: GO exceed half a million, meaning that being a professional esports player, can bring you several lemons per game. This, of course, requires a lot of practice and passion, but it is paying off in the end.

Norway is the leading country in the CS: GO. Some of the top players come from Norway, and also some of the top paid gamers are from Norway. This means that the esports flourishes in the country and even more young people will soon be attracted to the esports even more. The tendency is increasing as the schools have introduced esports to the curricula, while the universities have introduced esports tournaments and championships among the universities.