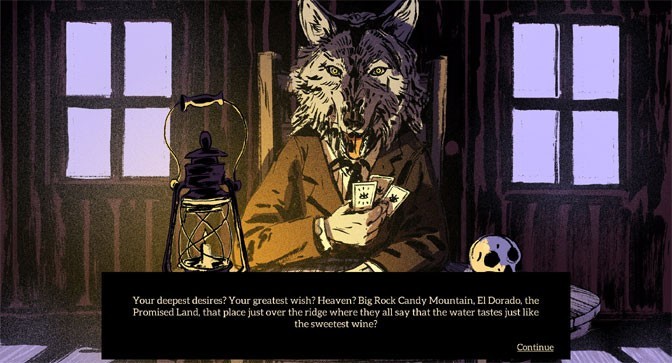 PM Studios, Dim Bulb Games, and Serenity Forge are thrilled to announce the limited physical edition of the critically acclaimed Where the Water Tastes Like Wine. The one-of-a-kind adventure title will be available in limited quantities for PlayStation 4 and Nintendo Switch via our storytelling partners at Limited Run Games. PlayStation 4 and Nintendo Switch Standard copies will be available for $34.99, while the Nintendo Switch will receive an exclusive eye-popping SteelBook edition for $44.99. Both console versions will also receive a very limited Collector’s Bindle set at 250 units a piece for $64.99.

The limited physical editions of the award winning Where the Water Tastes Like Wine will feature the base game and all of the updates and patches released to date. In addition, players will be treated to the game’s amazing original soundtrack to keep the memories flowing long after gameplay is finished.

Players wander across a folkloric Depression era United States at their own pace, meeting strangers with their own stories to tell. Through these interactions, players will be able to collect unique stories which can then be re-told to unlock new interactions. In this way the in-game stories themselves act as a currency to progress through the game, and it’s up to the player to pair the right story with the unique needs of each of the characters met along the way. It’s a gameplay experience like no other.