New gamblers have a hard time deciding which casino table games to play. To begin, you must first determine which games provide reasonable odds. Then there’s the question of how much they pay out. Finally, you must understand the game’s rules. It sometimes feels like sitting at the bar would be more convenient than trying your hand at a game.

The levels of difficulty in casino games vary. Some take years to perfect, while others are as easy as picking one of two colours to wager on. Casino owners and operators are in the business of making money, but with Odds Shark’s guide, you can easily make the right choice. The ability to make money would be limited if all of the most popular table games were extremely difficult.

If you’re still unsure about which route to take at the casino, you have a few choices. For novices, here are some of the most popular casino games, rated from easiest to most challenging. 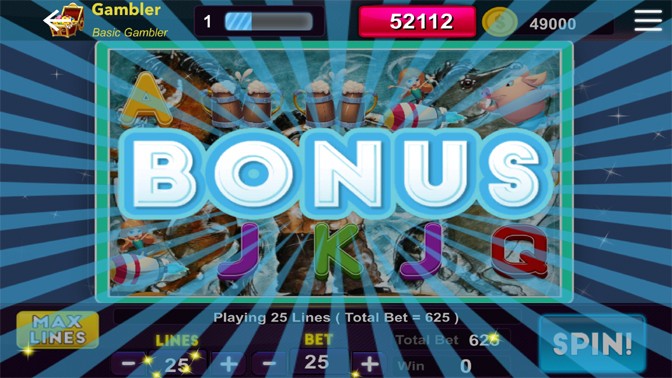 In today’s casinos, there are many different types of slots to choose from, but in reality, all slot games are the same. Despite the claims of many ‘experts’ who claim to have ‘cracked the secret’ to success while playing slots, there is nothing a player can do to increase their odds of winning. Indeed, once you’ve started playing, there’s little you can do because a random number generator determines your odds of winning on each spin.

A player can, however, choose slots with a greater payout percentage than others. These important findings can indicate to players how much a slot pays out of the money it takes in over millions of spins when it is evaluated for fair gameplay. The higher the payout percentage, the more likely the slot will reward you with more winnings.

However, a slots player who plays slots with a higher payout % on a regular basis is more likely to have consistent success in the long run. Playing jackpot slots like Megamoolah.com and going for the big dollars is a tactic to explore for slots lovers.

Roulette is often regarded as the casino’s simplest game. Whatever degree of gaming experience you have, there is a place for you at the roulette table. Not only is the game incredibly simple, but the chances are also rather favourable.

When I speak with novice gamblers, I frequently recommend roulette over other casino games. It’s not only simple to learn, but it can also be exciting and rewarding. Consider betting on red or black instead of a number to ensure some early wins. You’ll have a roughly 50% chance of winning, and you’ll be able to get used to how the game works.

Now that the basic games are out of the way, it’s time to move on to the games that need active participation from gamblers. Craps, like roulette, can be a thrilling and engaging game for everyone visiting the casino. The rules are more difficult to fathom than those of roulette. Once you have a basic grasp of the game, you’ll discover that it isn’t as difficult as you first imagined.

Craps is a dice game in which you roll two dice and bet on the outcome. It may appear to be eerily similar to roulette on the surface, but there are more outcomes and factors to wager on. The craps table may appear alien and complex to new gamblers, but after a few hands, you’ll definitely feel at ease.

New gamblers may take craps lessons at most casinos, especially in locations like Reno and Vegas. These lessons are often held in the morning and are a great method to learn how to play the game. While it’s always a good idea to do some research before going to the casino, nothing beats getting some hands-on experience. Although this game is more difficult than the other ones, it is well worth your effort to learn how to play.

At first glance, this appears to be a joke. Blackjack is a really easy game to learn and play. Simply aim to top the dealer’s score by scoring higher than them while staying under the ‘blackjack’ limit of 21.

What is truly amazing about blackjack, though, is that behind this simple concept lurks a game that is so nuanced and imaginative that a player must have a firm grasp of at least basic blackjack strategy, and preferably, much more sophisticated techniques as well, in order to play it well.

So, while blackjack may appear to be a simple game, it is far from it. While having a very tiny house edge, it is fiendishly tough to learn and become lucrative at, despite being a relatively easy game to play and comprehend.