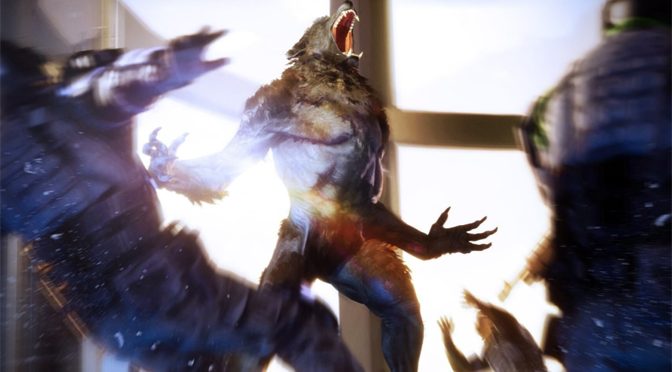 NACON and Cyanide are pleased to announce the release of Werewolf: The Apocalypse – Earthblood, a brutal beat’em up set in the World of Darkness. The game is now available on PlayStation 4, PlayStation 5, Xbox One, Xbox Series X and PC (Epic Game Store).

You play as Cahal, a werewolf, or Garou, from the Fianna tribe, who is forced to go into exile after losing control of his devastating rage. After years away from his loved ones, fate brings Cahal back to his former tribe, which is in mortal danger. He must fight again to find his family and save Gaia, mother Earth, from Endron International. Controlled from the shadows by the corrupting Wyrm, this multinational oil corporation is relentlessly ravaging the planet’s resources and leaving despair wherever it operates, threatening all living beings.

Werewolf: The Apocalypse – Earthblood is a violent beat’em up based on the three forms that Cahal can transform into, allowing for different approaches and varied play styles.

• Homid Form: Used for stealthily neutralizing guards and hacking into your enemies’ defenses.

• Crinos Form: Unleash your rage and sow chaos in the enemy’s ranks.

You will need to alternate between these three forms to bring Endron down.

Werewolf: The Apocalypse – Earthblood is the first action-RPG adapted from the eponymous horror setting. Mature, brutal, and complex, it invites players to embody Cahal throughout his quest of bloody redemption. He’ll play an essential role in the great war led by the Garou against Endron, a global corporation whose activities are devastating the natural world.