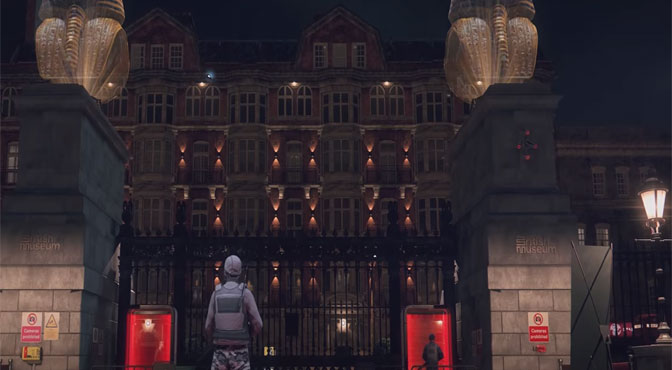 Title Update 4.0 introduces exclusive content for Season Pass holders in single-player and in the online mode of Watch Dogs: Legion, including:

• A new playable hero character, Mina Sidhu: Once a test subject, Mina Sidhu now wields the power of mind control and can take full control of an enemy with her Mind Control Device, the OMNI Optik. She is also equipped with a Mental Blast that can disrupt nearby enemies.

• A new DedSec Stories mission, Swipe Right: In this new single-player mission, DedSec discovers that someone in London is conspiring with an Egyptian minister to sell off the country’s antiquities, with the money going to fund violent insurgents.

The update also adds a variety of free content to both single-player and the online mode, including:

Online mode –
• 3 Co-op Missions:
o In “Dysfunction,” a pair of mysterious Clan Kelley hackers, known only as the Cousins, have laid London’s court systems low in a DDoS attack, demanding as ransom the dismissal of all cases against Kelley family members.
o In “Meltdown,” Clan Kelley has killed four Tidis employees at Southwark Incinerator. Bagley believes Clan Kelley has bought an experimental plasma weapon, which has a half-life so short it’s only detectable in a body for a short time after death.
o In “Repossession,” Albion has a cache of data drives belonging to the original DedSec, and they plan to use the drives to pinpoint the location of active DedSec Operatives.
• 5 new solo Assignments
• 2 Co-op Gadgets:
o Guardian Drone: A Tidis Guardian Drone that escorts and supports nearby Operatives
o Point Defense Drones: A throwable device that deploys a cloud of drones to block incoming fire

The free post-launch content for all Watch Dogs: Legion players include:
• At the end of May, players will have access to two new PvP modes: Extraction and fan favorite, Invasion, and a new Tactical Op, Project Omni, in the online mode of Watch Dogs: Legion. Project Omni is an intense and challenging mission which will require players to strategize with their team of four to infiltrate a secret project to find out why Londoners’ Optik devices are negatively affecting their brains.

For Season Pass owners:
• Late-June will see the release Watch Dogs: Legion – Bloodline, a new storyline which includes Aiden Pearce from the original Watch Dogs game and Wrench from Watch Dogs 2 fully playable in the single player campaign and online.
• In August, Darcy, a member of the Assassin Brotherhood from Assassin’s Creed®, will be available as a new playable character alongside new missions.

In Watch Dogs: Legion, London is facing its downfall. Amidst the growing unrest of a restless London, an unknown entity named Zero-Day has framed secret underground resistance DedSec for coordinated bombings across London. In the aftermath, criminal opportunists from every corner of London took hold and filled the void left by a defeated government. As a member of DedSec, players will be going up against those criminal opportunists in Watch Dogs: Legion; sadists, mercenaries, cybercriminals, and more; they’ll have to be prepared for a variety of situations. Players must recruit members into their DedSec Resistance to take on these criminal opportunists, liberate London and uncover the identity of Zero-Day.