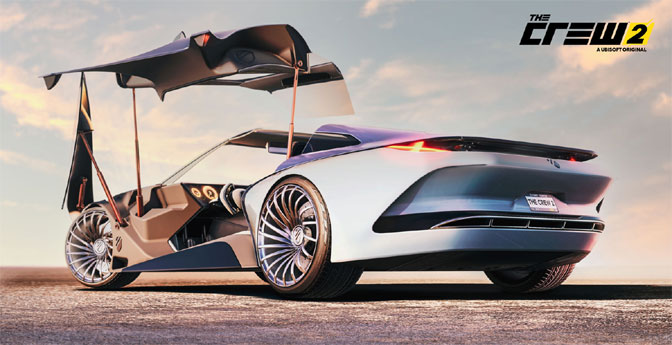 Ubisoft announced the Second Episode of The Crew 2 Season 5: American Legends. The latest update brought to Ubisoft’s open-world motorsports game will be available tomorrow on Xbox Series X|S, Xbox One, PlayStation5, PlayStation 4, Stadia, as well as Windows PC through the Ubisoft Store and the Epic Games Store. Players can also subscribe to Ubisoft+ on PC, Stadia and Amazon Luna.

Season 5 Episode 2: American Legends will push players to further explore American folklore and discover legendary vehicles from the late 60s to the late 80s, one of the most significant periods in the automotive industry. They will uncover hidden stories inspired by this era while traveling the United States in search of hidden treasures. For example, one of the first Stories of Episode 2, “Prohibited Dreams”, will lead players to unlock the amazing 1966 Pontiac GTO.

This episode will be accompanied by a brand-new Motorpass. It will propose 50 tiers of new exclusive rewards, both free and premium, including vehicles such as the BMW i8 Roadster Stellar Edition (Street Race), the Chevrolet Camaro SS Bend Edition (Street Race), the KTM X-BOW GT4 Raw Edition (Touring Car), as well as vanity items, outfits, currency packs (Crew Credits and Bucks) and more. New vehicles will also be coming to the game in course of the Episode such as the McLaren Senna (Hypercar) on June 1st.

The LIVE Summit experience also continues during this Episode with a new batch of weekly iterations. During LIVE Summits, there is only one objective: getting as high up on the leaderboard as possible. Each week, the best players will be rewarded with exclusive items and vehicles based on their ranking. In this new Episode, players will discover Japan Bits and its event “Flashback: Japan”, an all-pixel race inspired by Japanese culture.