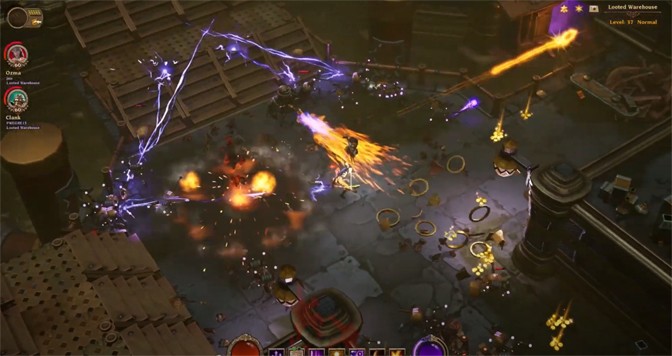 The brand new “Welcome to the Frontier” video for Torchlight III debuted today as a part of the inaugural RazerCon event, ahead of the game’s launch on PC, Xbox One and PlayStation 4 on October 13.

The never-before-seen Torchlight III video shows original animations that reveal the whimsical story of Torchlight III. In addition, the video details the many exciting features the game will have to offer, including:

• The vibrant and epic world of Novastraia
• Four diverse hero classes and five powerful relics with unique abilities and strengths
• Fully customizable forts
• And of course, the beloved pets system

Torchlight III, the light-hearted and fast-paced dungeon crawler from Perfect World Entertainment and Echtra Games, will launch on Steam, Xbox One and PlayStation 4 on October 13 – and on Nintendo Switch later this year – for $39.99.

Created by members of the original team that created Diablo, Torchlight III is the long-awaited next installment in the ARPG cult classics series. Torchlight III brings back signature mechanics that defined the series, like hack’n’slash combat and the beloved pet system, while offering an exciting new story line and features that appeal to a new generation of console and PC players. Adventurers can party up with fellow adventurers via 4-player cooperative online multiplayer or venture into the vast wilderness alone, where they will find loot, crawl dungeons, collect epic gear and build custom forts to show off to the world.