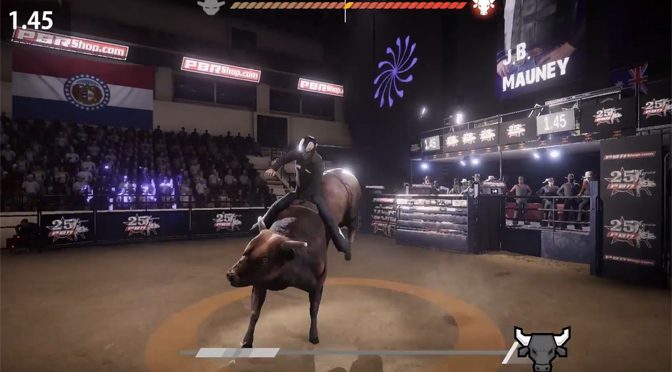 THQ Nordic and Three Gates Studios today announced a global, physical distribution agreement for 8 to Glory – the official game of PBR (Professional Bull Riders). 8 to Glory captures all the thrills and spills of the most punishing sport on dirt and will be available for the PlayStation 4 computer entertainment system and the Xbox One family of devices, including the Xbox One X on October 30 (SRP: $29.99/€29.99).

“While stationed many miles away from the center of the sport, the team at THQ Nordic holds the athleticism and intensity of professional bull riders in the highest esteem,” said Ken George, THQ Nordic. “We believe the team at Three Gates has honored what they do with the grittiest, most authentic bull-riding experience available, and we can’t wait to see how players react when we launch 8 to Glory worldwide next month.”

“The irony of an Austro-Swedish partnership bringing a decidedly American experience to the world is not lost on us and we love it!” said Don Geyer, CEO at Three Gates. “THQ Nordic has swiftly risen to the top in terms of global publishers, and we could not have chosen a better partner to ensure that 8 to Glory reaches the massive – and growing – PBR fan community.”