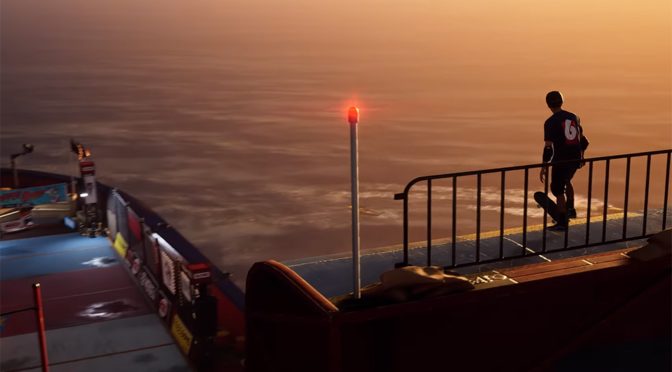 The highly anticipated remastered version of the iconic Tony Hawk’s Pro Skater collection can be purchased from September 4, 2020. Built from the ground up in incredible HD, the video game for PS4, Xbox One and PC promises to be a hit compared to the earlier failed attempts like THPS5. In addition to better graphics, there are eight new skaters, both male and female, who will help the new generation of street and park skaters alike by giving them the extra push and motivation like the original games did back in the days.

The original roster has 13 skaters. This includes vert skaters like Tony Hawk, Bob Burnquist, Bucky Lasek, Rune Glifberg, and Steve Caballero, plus street skaters like Jamie Thomas, Andrew Reynolds, Kareem Campbell, Elissa Steamer, Geoff Rowley, Chad Muska, Rodney Mullen, and Eric Koston. In the new roster, you’ll find eight new skaters, including the world’s number one and Tony Hawk’s son! So, unless you’ve been closely following the world of skateboarding, here’s a quick summary of each skater who are complementing the original roster.

Nyjah Huston – From Laguna Beach, California, this 25-year-old street skater currently holds the number one spot in the Boardr Global Ranks. Riding for Element, Monster, Diamond, Ricta, Mob, Nike, Nyjah is one of the most influential skateboarders in the world right now. He even made a debut at online slot sites with his very own branded online slot game, called Nyjah Huston Skate for Gold. So if you lack the excitement from the video game, this slot machine will offer a real win potential of up to 5,000x bet!

Leticia Bufoni – Born in Sao Paulo, Brasil, Leticia is one of the hottest street skaters to join the new roster. At 27 years old, she is riding for Nike SB, Red Bull, Oi, Petrobras, GoPro, Grizzly, Bones Wheels, Toyota, and Beats by Dre. Having won the X Games Shanghai 2019, she has quickly climbed the global rank and is currently the world’s 26th skateboarder.

Lizzie Armanto – At 24 years old, Lizzie is one of the best female park skaters in the world. She holds dual citizenship in the US and Finland, and is sponsored by Bones Swiss, Bones Wheels, 187, Independent, Birdhouse, Bro Style, Vans, Pro Tec, Monster, and Baby G. She was the first woman to appear on the cover of Thrasher Magazine in 24 years, and is proudly featured in the top 10 Global Rank at number 9.

Aori Nishimura – Born in Tokyo, Japan, Aori (19) is the youngest female skater in Tony Hawk’s new roster. She is a gold medallist in Women’s Skateboard Street at X Games Minneapolis 2017 and is riding for Deathwish, Shakejunt, Supra, Oakley, Murasaki Sports, and Coke-a-Cola. Her global rank is 59th.

Shane O’Neill – He is the only Australian skater in Tony Hawk’s Pro Skater series. Born in Melbourne, he is best known for video game-like technical combos, which have earned him a very decent world rank, featured 10th in the Boardr’s list. At 30 years old, Shane rides street for April Skateboards, Nike SB, Thunder, Spitfire, and Diamond.

Leo Baker – She is one of the four new female skaters in the 2020 video game. Born in Covina, California, at 28 years old Leo is ranked 55th in the world and does street skateboarding for Glue Skateboards, Independent Trucks, Mob Grip, and Nike SB.

Tyshawn Jones – Tyshawn is a 21-year-old regular-footed street skater from Bronx, New York, who is riding for Adidas, Fucking Awesome, Supreme, Thunder, Hardies, and New Era. He won the 2018 Thrasher Skater of the Year award and has his signature line of Adidas shoes.

You can get the game at Epic Games store and put the riders to the test, or watch the new THPS 1+2 trailer to get a sense of the action.