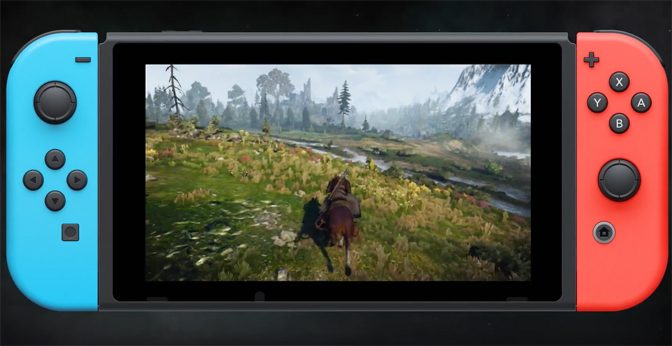 CD PROJEKT RED announces that The Witcher 3: Wild Hunt Complete Edition for Nintendo Switch will launch digitally and in retail on October 15th, 2019.

In addition to the new trailer, the studio has also released a gameplay overview video, offering an extended look at the Nintendo Switch version of The Witcher 3. Playing the game are CD PROJEKT RED’s Community Manager Paweł Burza and Paweł Sasko, Senior Quest Designer on Wild Hunt and Lead Quest Designer on the Hearts of Stone and Blood and Wine expansions.

Gamers visiting this year’s gamescom, taking place from Tuesday, August 20th through Saturday, August 24th in Cologne, Germany, will be able to check out the title in person. The game will be playable at the Nintendo booth, located in Hall 9 of the entertainment area.