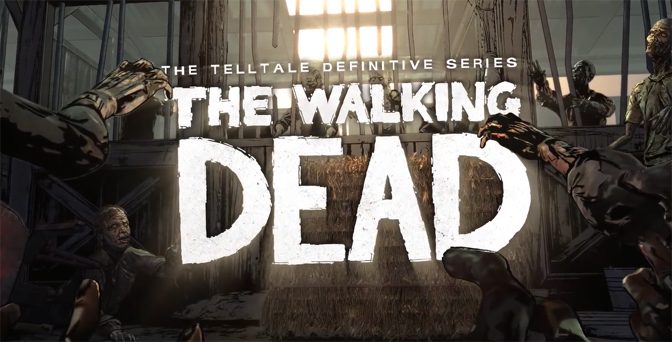 Following the recent conclusion of TELLTALE’S THE WALKING DEAD: THE FINAL SEASON, Skybound Games today announced it will release all four seasons of the acclaimed game series in a comprehensive physical bundle for PlayStation 4, Xbox One and PC. The Walking Dead: The Telltale Definitive Series will be available in three Collector’s Packs – Protector, Guardian and Signature – each containing exclusive digital and physical bonuses.

Exclusive for Skybound Insiders for a limited time, all three Collector’s Packs of The Walking Dead: The Telltale Definitive Series are now available for pre-order on Skybound.com. Pre-orders will open up to the general public starting April 19 and will last until May 31 or sold out.

Every Collector’s Pack of The Walking Dead: The Telltale Definitive Series will include all four seasons of the game, plus The Walking Dead: Michonne, along with digital bonuses. The Definitive Series includes over 50 hours of gameplay across 23 unique episodes, with graphical enhancements and gameplay improvements, behind-the-scenes bonus features, over 10 hours of developer commentary, a “Return of The Walking Dead” documentary short, faithful recreations of classic menus, a music player that includes more than 40 musical tracks and more.

In addition to game content and digital bonuses, each of the three Collector’s Packs will include special physical bonus items, including:

• Guardian Pack ($249.99) – Including all items from the Protector Pack in a box with gold stamped signatures from the Still Not Bitten team, plus a 10” Clementine & Lee Diorama, and an 18”x24” Art Print from comic book artist Eric Zawadzki.

• Signature Pack ($349.99) – Including all items from both Guardian and Protector Packs in a signature stamped box, plus a signed Art Print from members of the Still Not Bitten team, voiceover actors and The Walking Dead creator Robert Kirkman. Only 100 available!

Based on Robert Kirkman’s award-winning comic book, The Walking Dead: The Telltale Definitive Series allows players to experience the full story of young survivor Clementine as she grows from scared little girl to capable survivor in a videogame series that set the benchmark for storytelling in games. A light of hope in a dark world, Clementine goes through many protectors and weathers many threats, learning to fight back in an apocalypse where the weak are crushed and the cruel get results. Always at a disadvantage, Clementine must outsmart and out-will foes stronger than her and become one of the toughest people still alive, despite her small stature. It’s up to the player how much Clementine trusts, who she loves, who she hurts, and what she chooses to protect when she cannot save everyone.

To date, TELLTALE’S THE WALKING DEAD has sold millions of episodes worldwide, earning more than 100 Game of the Year awards and two BAFTA Video Game Awards for Best Story.