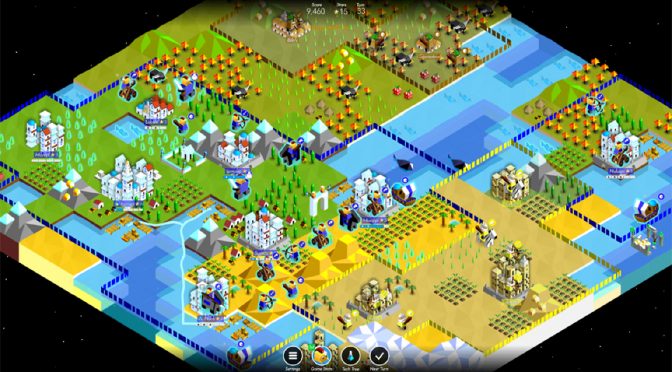 Independent developer Midjiwan AB has announced that its fast-paced 4x strategy game, The Battle of Polytopia, will launch for Nintendo Switch on October 13. This version will include all main tribes currently available in the game’s Steam, App Store, Google Play and Tesla Arcade versions, plus joystick and touchscreen functionality. Pre-order The Battle of Polytopia on Switch from today.

The Battle of Polytopia’s arrival on Switch will mark the first time it will be available on home consoles. Downloaded over 16 million times across PC, Mac and mobile devices, the game is known for its strategic depth, simple interface, and visually distinct art style. It’s even earned quite the reputation among Tesla vehicle owners thanks to its availability on their dashboards.

Set on the Square, or the bizarre home planet of the bellicose Polytopians, The Battle of Polytopia has players become the ruler of one of 12 tribes, each with their own characteristics and technologies. Build and expand your civilization of choice by competing with other tribes, researching new inventions, and harnessing the powerful magic you find along the way.

“Polytopia was made for strategy fans looking for quick yet challenging bursts of world domination at home or on the go. It’s a perfect fit on Nintendo’s hybrid console,” says Christian Lovstedt, GM at Midjiwan AB. “Our existing players have labeled it as chess for the 21st century!”

And check out our full review of the PC version of The Battle of Polytopia.