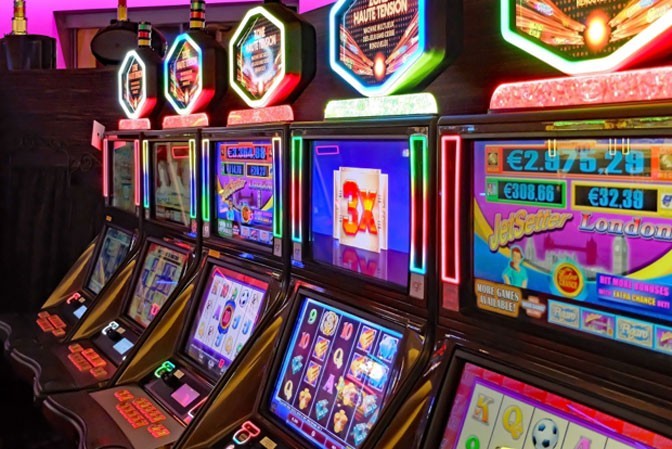 The gaming industry has something new to offer every other month. If you are a slot buff looking for something to add to your favorites list, you are in the right place. This article will discuss some of the highest-rated slots at the moment and the features that make them so popular:

Launched by Barcrest in 2006, Rainbow Riches is a 5-reel, 20-payline slot game famous for its bright Irish theme and classic interface. The original version of the game has an RTP of 95%, according to its manufacturer, Barcrest, and third-party auditors such as iTechlabs, while other slots in its concession have an RTP of up to 97%. Popular casino variants of the game include Rainbow Pots of Gold, Rainbow Riches Drops of Gold, and Rainbow Riches Pick ‘N Mix.

Goblins are scary miniature creatures with a greedy and temperamental attitude, so says European folklore. Goblin’s Cave hardly lives up to its name. The treasure-themed game, a product of Playtech, presents you with a super-friendly goblin that doesn’t mind sharing his treasures with you. To play Goblin’s Cave, you first need to set your bets. Then you can adjust your coin size and set the amount at 0.01 to 0.5 coins using a button at the bottom left corner of your screen.

You cannot play Goblin’s Cave hands-free, due to the absence of an auto-play feature. Still, most players believe its high returns perfectly make up for the drawback.

There is not a slot enthusiast in the world who hasn’t heard of Starburst. The NetEnt creation burst onto the scene back in 2012 and hasn’t lost momentum for a second since.

What makes the game such a darling among online casino buffs? Many would agree that a chunk of its fame has something to do with its simple layout, which is common among slot games. You can basically go from a greenhorn to a Starburst master within minutes. Its high returns of up to 50,000 coins make for another selling point that gamers find hard to resist.

If you are into retro slot machines, there is a good chance you will love the 3-reel, 5-payline setup that Realistic Games’ Sunrise Reels presents. Despite having only three reels, the game gives players enough opportunities to manage winning combinations with paylines that are fixed in place.

Two of the five paylines run diagonally, while the other three are set in horizontal positions across the grid. This means gamers have a realistic chance of matching three icons in each spin. Since the game doesn’t come with alterable paylines, win calculation is done by multiplying the stake value as provided in the info section. The stake values are provided in ten denominations between 0.25 credits and 200 credits.

Mega Moolah is considered by many as one of the best slots of all time, and it’s not hard to see why. From the description, the game offers an ordinary 5-reel setup with 25 paylines, but there is more than meets the eye when you dig deep, as the slot boasts some of the fattest jackpot payouts in history. Its solid return to the player alongside the simple gameplay and theme has kept it relevant since its release more than a decade and a half ago.

These are some of the most popular online games for slot enthusiasts. If you are new to gaming, you might want to give each one a try so you know which one best suits your gaming needs.