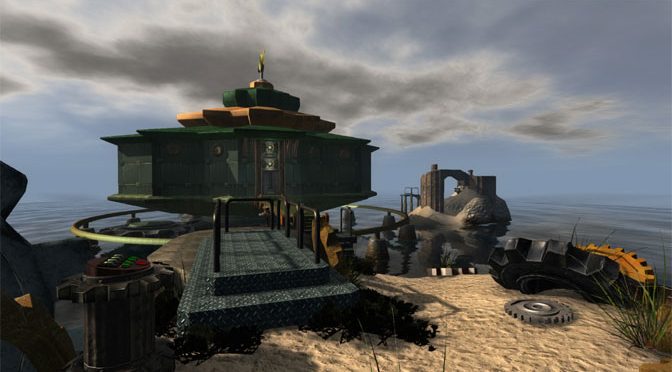 Puzzle games are among the most popular genre of games, and thousands have been produced since the advent of video games. However, it goes without saying: Some are better than others. So, what are ten of the best puzzle games that all video game fans simply must have played? Read on for more.

Tetris, of course, is one of the best selling games of all time. First produced in the Soviet Union in 1984, this game has gone on to sell over 200 million copies and be reproduced dozens of times by numerous different companies, including with a recent Battle Royale version becoming available. You know a game is good if it coins a term like “Tetris Effect,” and that’s what Tetris has done, with its simple format producing innumerable ways of playing. Simply put, this is the granddaddy of puzzle games, and if you are a puzzle game fan, you had to have played Tetris.

Snood is a classic puzzler that captured the attention of many high and college students in the late 1990s and early 2001s. The game is a bubble shooter. You steer a shooter in order to launch colorful bubbles, clearing bubbles when you combine three of the same bubbles together. However, the stage is constantly pressing downward, limiting your shot angles, and if it reaches your shooter, you die. Snood left its mark on the puzzle industry, and the game is largely responsible for the popularity of the bubble shooter genre.

Portal is a classic platformer and puzzler combination. You play as Chel, and your job is to escape the environment set up for you by the evil Glados. You do this by firing your Portal Gun to move your way through various stages. At the same time, the longer you play, the more you unravel the mystery of the mysterious world that Glados is operating, avoiding turrets, and moving towards your goal of chocolate cake and freedome.

The platforming and puzzling is absolutely addictive, but the real thrill of Portal is the plot and  lore. The game holds many hints of a deeper world that has been wracked by violence, death, and destruction – and your goal is to try to escape into it.

Myst was once one of the best selling computer games of all time, and with good reason. This 1993 hit spawned numerous sequels and created a genre of games. This first-person game has you on a mysterious island, where your goal is to solve puzzles, make it through rooms, and unravel a  mystery. A good puzzle game like this must accomplish many objectives, including expertly integrating its puzzle-like format in order to make the plot addictive and keep you coming back for more. Myst succeeds wildly, and that’s why the game sold millions of copies and is still available today.

Gummy Blocks is a deceptively simple game that comes with hours of fun. It is Tetris-like, meaning that your goal is to drag blocks onto a board and clear it. However, the grid is larger, there is no time pressure, and you have the chance to think about your moves before you make them. As such, this game comes with hours of fun. Best of all, it is completely free, and you can start playing it right now.

For people looking for a high-quality puzzle game with an intricate plot and expertly told story, the Talos Principle is for you. The Talos Principle can be seen as a Myst-like game in which you play as a robot. Your job is to solve dozens of puzzles in order to advance the story and avoid being killed by any number of enemies. At the same time, you must unravel the mystery of the game and determine why you, a robot, have been granted limited free will.

Lemmings is a classic from the early 90s. Your job is to guide the titular characters from the entrance to the exit, helping the adorable creatures avoid pits, flames, and other obstacles. You do this by setting up certain Lemmings to serve as blockers, giving them parachutes or having them build stairs and other construction mechanisms designed to get them from to safety. Despite its age, the game holds up remarkably well, and will unquestionably inspire endless nostalgia in many of the players.

Braid is a 2008 game that is a puzzler and platformer. As the main character, your job is to solve puzzles as you play through a platformer, avoiding enemies and using the game’s unique time reversing mechanism. Puzzle and platformers are relatively common, but this indie-hit expertly combines the genre in order to make for an enthralling story that is extremely addictive to play. It also doesn’t hurt that Braid also has one of the best twist endings of any game.

Doctor Mario was an effort to integrate Mario into the Tetris-like games, and it worked well. The game features multi-colored capsules. Your job is to match the colors to clear not only the board but the colorful germs that populate it. Like any good Tetris game, this comes with multiple versions, including a multi-player version. This classic was available on the original Nintendo Entertainment System but is now available on the Nintendo Switch.

2048 is the classic App that you can download for free. It is a number matching game: You match numbers by sliding them together, but the numbers continually double, forcing you to use your brain and planning skills to better plot the course of how you will slide numbers together on the small 4×4 grid. Like all good puzzle games, it takes a simple premise and then absolutely explodes it, forcing players to think deeper and deeper about their moves as the game goes on.