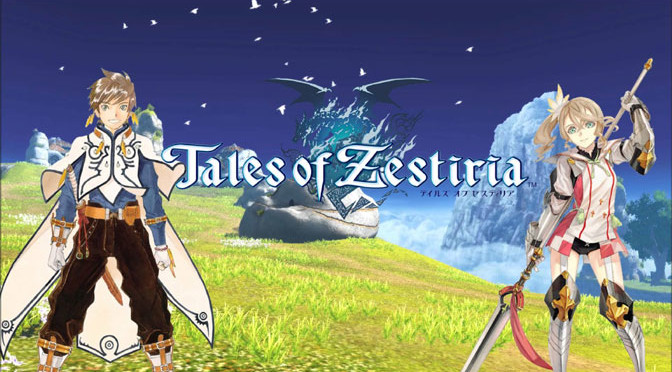 BANDAI NAMCO Entertainment America Inc. has launched TALES OF ZESTIRIA, the latest entry in its beloved RPG series, for the PlayStation 4 computer entertainment system, PlayStation 3 computer entertainment system and PC via STEAM across the Americas. For more than 20 years, the TALES OF franchise has been captivating fans around the world with its traditional Japanese RPG elements melded with innovative real-time combat systems and beloved characters.

In TALES OF ZESTIRIA an unseen evil force known as Malevolence is spreading across the land, corrupting the world, and causing humanity to falter.  Players will embark on an epic journey as Sorey, a young pure-hearted adventurer whose destiny is to become The Shepherd, an individual of great power who can banish Malevolence. Does Sorey have the courage and heart to wield this extraordinary responsibility for good, or will he fall prey to the evils of its power?

TALES OF ZESTIRIA introduces the newest evolution of its celebrated real-time battle system, enabling faster combat with side dashes and new fusion technique combo opportunities.  Throughout his quest, Sorey will befriend humans and spirits known as Seraphim, unseen to most humans, to aide him on his journey.  Because of Sorey’s unique ability to communicate with the Seraphim he is able to fuse with their essence to create new elemental artes for strategic attacks to decimate foes.

“We are thrilled to deliver TALES OF ZESTIRIA to our JRPG fans in the Americas across multiple platforms.” said Eric Hartness, vice president of marketing at BANDAI NAMCO Entertainment America Inc. “All the incredible characteristics which have made the TALES OF series remain popular for the past 20 years continue with this fantastic game.”

For the first 30 days after the release of TALES OF ZESTIRIA, players will be able to download the game’s epilogue chapter “Alisha’s Conviction” free of charge on the PlayStation®Network store on PlayStation®3 system and PlayStation®4 system as well as through Steam. The epilogue follows Alisha and Rose with hours of additional story elements and gameplay taking place after the events of TALES OF ZESTIRIA. The Alisha’s Conviction downloadable content will be priced at $9.99 after the 30 day promotion ends.