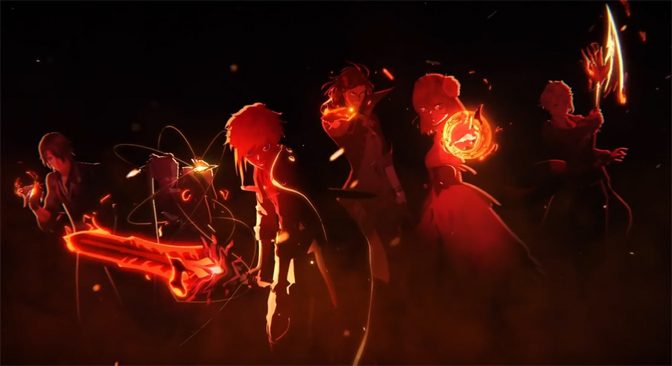 BANDAI NAMCO Entertainment Inc. announced TALES OF CRESTORIA, an upcoming role-playing game (RPG) for mobile platforms in the acclaimed TALES OF series. The game is scheduled for release in 2019 as a free download on both the App Store and Google Play.

TALES OF CRESTORIA introduces an all-new world filled with a bevy of brand-new characters brimming with vibrant personality, collaboratively designed by an all-star team that includes TALES OF veterans Mutsumi Inomata and Kosuke Fujishima, alongside a score of other industry-leading creators making their series debut.

TALES OF CRESTORIA takes place in an oppressive dystopia where every citizen must carry with them an all-seeing ‘Vision Orb’ that monitors for criminal violations. The game follows protagonists Kanata, a naive boy blindly accepting of to the Vision Orbs’ justice, and Misella, an audacious orphan unbridled in her dedication to defending Kanata. Due to the horrific events of one fateful night, the duo find themselves branded “Transgressors”, and condemned to death by society’s popular vote—the draconian system of justice by which their world is governed. With eyes now opened to the injustices of society, a chance meeting with Vicious, “The Great Transgressor,” gives Kanata and Misella a defining choice: Own your fate, or let fate own you.