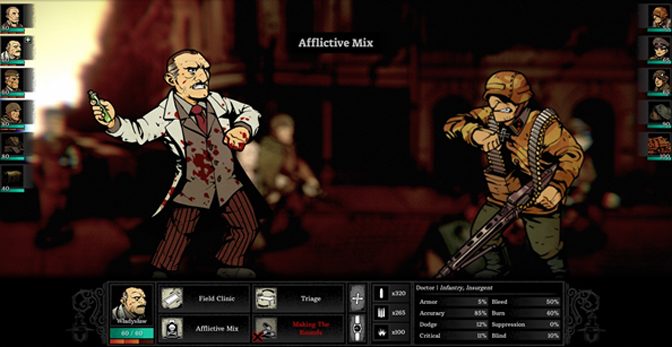 Independent video game publisher Gaming Company and developer Pixelated Milk have announced that WARSAW, a tactical WWII RPG set during the titular Warsaw Uprising in 1944, will now launch on its historic final day: October 2nd, for PC via Steam.

Additionally, WARSAW has now been approved by the German USK (German Entertainment Software-Regulation Body) for ages 16 and above in its mandatory screening process. This makes WARSAW the first ever Polish video game to be allowed to present historically-accurate Nazi symbols, such as the swastika, in Germany.

Generating headlines from around the world in over 35 countries, gaming company is proud to showcase a new ‘WARSAW Headlines’ video, showcasing the amazing feedback so far!

Gaming company producer Krzysztof Paplinski said, “with WARSAW, we wanted to create a game both culturally significant and great to play. With the originally planned release date approaching, we needed a few more weeks in order to deliver the best possible experience for players and to ensure we do our history justice.”

WARSAW sees you lead the Polish underground resistance in their brave fight against the city’s Nazi oppressors. Recruit, develop and manage your fighters as you take them into battle in an immersive urban warfare experience. Encounter patrols, aid citizens and make tough decisions that will affect the resistance’s fortunes permanently. In WARSAW, death is permanent, with fighters killed in battle being lost forever, their death’s having an impact upon their loved ones and the resistance’s overall morale.