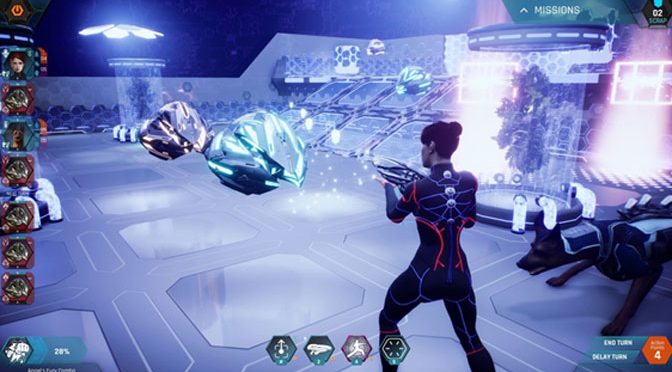 Experience tactical combat in this intense sci-fi RPG. After a constructive Early Access campaign, 3Mind Games’ The Protagonist: EX-1 has had a full release on Steam, available for $24.99. With a gripping story of survival behind enemy lines, use strategy and unique hand-to-hand combat mechanics to escape your extraterrestrial prison. The fate of Terra is in your hands!

Set in a brewing war between the planet Terra and an invading synthetic alien threat, in The Protagonist EX-1 you play as Angel, a highly trained special agent who is sent into an alien ship with a squad to neutralize an imminent global threat. However, the mission goes drastically awry and Angel awakens alone in the station’s infirmary, without her squad or any memory of what happened. Having to trust an unfamiliar voice to guide her through the alien ship, Angel must fight formidable enemies, navigate the unknown and find the rest of her team; for the survival of humanity back on Terra.

The Protagonist EX-1 combines RPG and turn-based strategy elements with a gripping science fiction story to keep players entertained for hours. Personalize your campaign as you control Angel and the squad, customizing their close-combat abilities and navigating through dynamic dialogue trees, where decisions can have drastic consequences! With characters voiced by an impressive cast, including Hollywood actors Temuera Morrison and Tony Todd, delve into a narrative of war, mystery and extra-terrestrial action as you defeat menacing alien foes and control the fate of the world below you.

• Solve puzzles, find clues and fight your way through anyone who dares stand between you and your missions as you explore the space station

• Get creative with combat using the Martial Arts Combat System (M.A.C.S) and the Initiative and Action Points System, you can customize your character’s close-combat abilities and unlock awesome combos.

• Get to know more than 7 playable characters, featuring the voice talents of Temuera Morrison and Tony Todd; fight over 10 types of enemies; battle with 19+ weapon types; and much more!