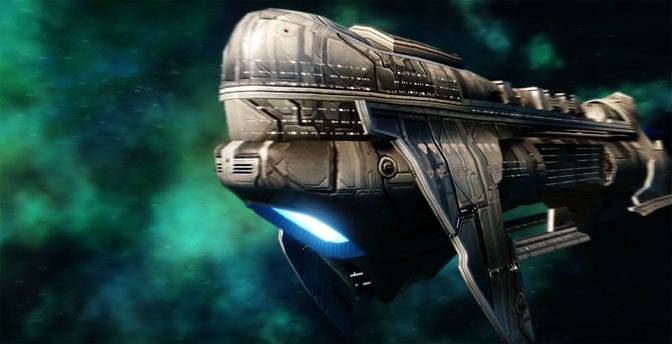 Today, Perfect World Entertainment Inc., a leading publisher of free-to-play MMORPGs, and Cryptic Studios announced Star Trek Online: Season 13 – Escalation is now available on PlayStation 4 and Xbox One. New episodic content and features have been unlocked for console players exploring the 100% free-to-play MMORPG based on iconic Star Trek franchise. This includes a new featured episode teaming captains with the Lukari to fight off the Tzenkethi, plus an additional episode centered on Sela of Romulus, voiced by Denise Crosby. Season 13 also introduces War Games, a new system that lets players compete in 5v5 competitive PvE scenarios for rewards.

Season 13 – Escalation picks up as Captain Kuumaarke leads her crew on a journey to their ancient home planet, New Kentar. Captains join the Lukari as they explore a bustling urban landscape, filled with political intrigue and danger lurking around every street corner. Their mission is quickly interrupted by the Tzenkethi, who have warped in and are now threatening to obliterate New Kentar’s moon.

These events all take place in “Mirrors and Smoke,” one of two episodes that are now available with the launch of Season 13. Console players also have access to the episode, “Survivor,” featuring Denise Crosby as Sela, Empress of the Romulan Empire. Captains on PlayStation®4 and Xbox One can now access War Games for the first time. This new system introduces two 5v5 queues challenging them to solve puzzles, race starships and battle it out for rewards, including class-specific set gear for starships.

From June 8 – July 20, console captains can journey to Risa to participate in the Lohlunat Festival. Star Trek Online’s inaugural summer event on Xbox One and PlayStation 4 invites captains to the planet’s luxurious Summer Resort, where they will cruise around on floaters and complete missions all over the island. Rewards include pets, costumes, powerboards and Lohlunat Prize Vouchers, which can be redeemed for the exclusive Vorgon Xyfius Heavy Escort.