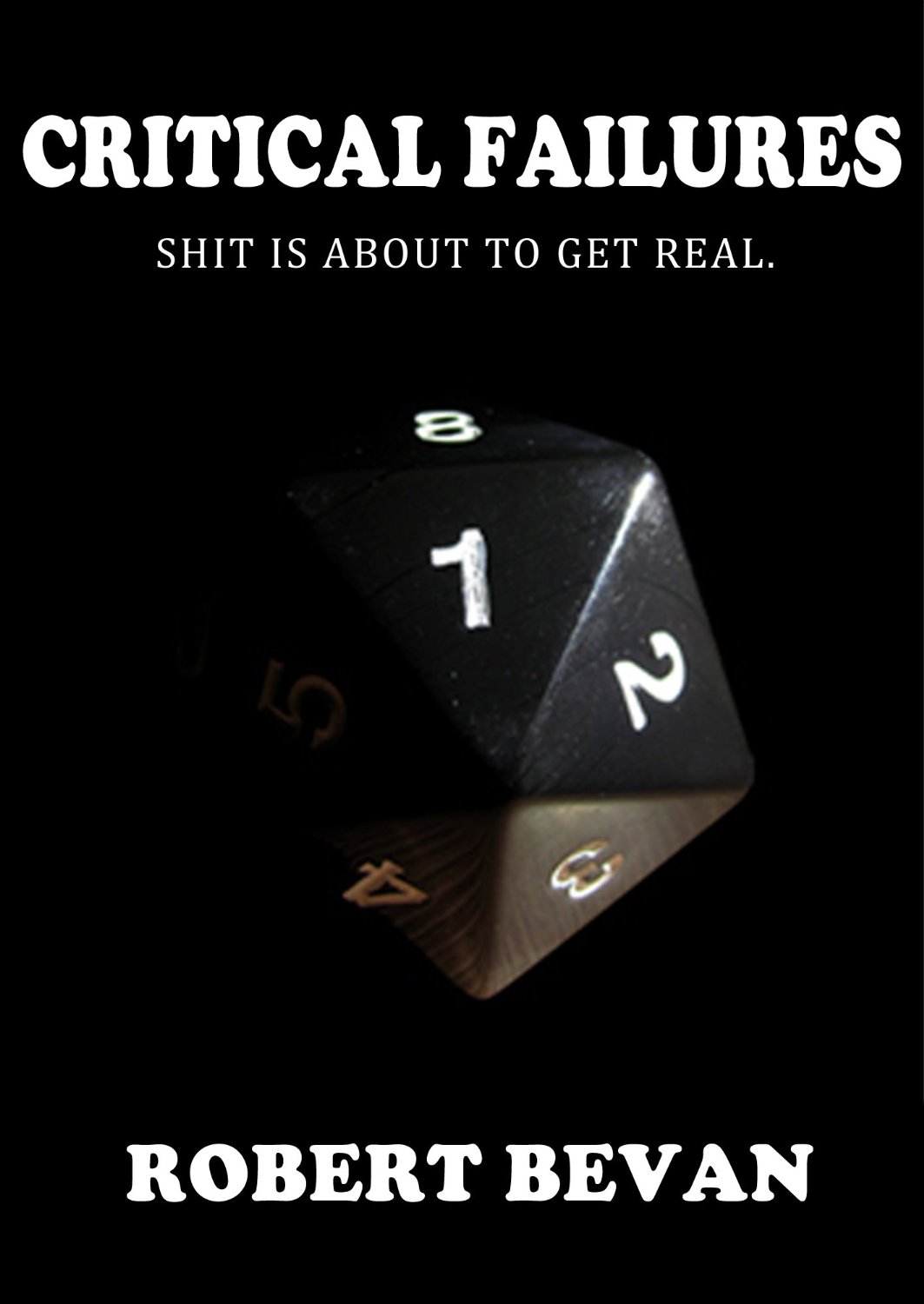 This week for Bookish Wednesday I’m going to cover the first book in a series that I found slightly amusing. It’s Critical Failures I by Robert Bevan!

Plot Synopsis: What if you and your friends got to live the game for real? What if you and your friends were assholes? After relentlessly mocking their strange new Game Master, Tim and his friends find themselves trapped in the bodies of their fantasy game characters, in a world where the swords, the magic, and the gastrointestinal issues are all too real. They learn hard lessons about tolerance and teamwork, and a new meaning for the term “dump stat”. Ha ha. Just kidding. They don’t learn anything…

Plot: Yeah that pretty much sums up the plot of the book, which was very amusing and took the transported to another world genre in a completely different way than typical.

Characters: The entire cast is amusing, although I have to say that Kat and Julian are my favorite characters due to the fact that they are complete noobs when it comes to the tabletop RPG scene.

Overall: This is a funny book if you’ve ever played a game of D&D, but really if you are a gamer you’ll be amused by this. If you can get over the potty humor at least.