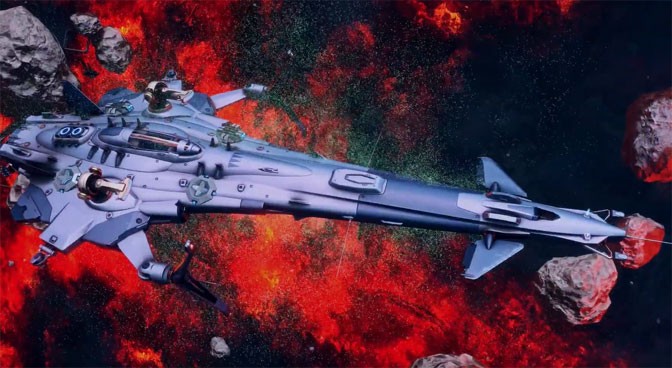 StarGem Inc. and Gaijin Entertainment are pleased to announce the release of a Major Content Update, ‘A New Threat’, for Star Conflict. It focuses on the invasion of whole star systems by an evil alien armada within the game’s universe where players must unite to halt this threat. Other updates include a new mode allowing you to race in space and the “New Foundation” event celebrating the anniversary of Isaac Asimov.

New activities can be found in Open Space mode such as illegal starship races, pirate ship hunting and asteroid mining. The only problem is that aliens are set to destroy all the fun with their motherships ready to attack. If they take over a star system, there will be no resources available and Star Conflict’s way of life will cease to exist. Pilots must repel this attack by completing special missions during the “A New Threat” event. Alternatively, they can participate in the experimental “Beetle in the Anthill” brawl where players control an alien vessel and single-handedly fight against a hoard of enemy ships. This brawl is only available on Tuesday, Thursday, Saturday and Sunday.

The Artuga system is the only location in the fringe sectors safe from the Aliens. In honour of the 2,700th birthday of the writer Isaac Asimov, there is a special event being held called the “New Foundation”. There are 40 stages to complete, with each one either rewarding components for new ships, the Hammerhead frigate and the Marten interceptor, or other prizes. Some stages are available to everyone, while the full set of missions and rewards are only available to those who purchase a “New Foundation” pass.