There is nothing worse than a game not living up to your expectations. While this is a nuisance if you are a first-person-shooter type of gamer, it is nothing shy of cataclysmic in consequences if you are a sports gamer.

For example, if Call of Duty: Advanced Warfare did not meet your lofty expectations, it would be of great annoyance but not a complete disaster for you can just buy another game that follows the same genre.

But in the EA Sports-dominated world of sports video gaming, if the game isn’t up to mark, there is nothing you can do about it. If EA were ever to release a poor Madden of FIFA video game, then gamers would be up in arms. But with little realistic alternative, they are powerless and therefore either have to suffice playing a poor game or they have to stick to the older, superior version.

Unfortunately this happens rather regularly in the sports-gaming world. Sometimes it can be that game developers have failed to get to grips with the advancing technology. Meanwhile, there are other situations when people chastise the game due to its removal of popular game modes.

When looking at the sports games that were released in 2014, you can see a select few which fall into the above mentioned trap. So, let us look at some of the worst sports games to have made it to market. 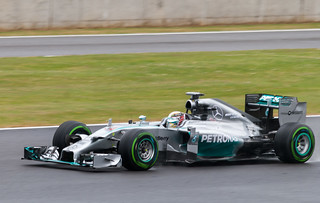 by  Jaffa The Cake  – Lewis Hamilton

It was a paradoxical year for Formula One in 2014. On the track, we were witnessing one of the best title races in motorsport history, with Mercedes team-mates Lewis Hamilton and Nico Rosberg battling until the final race. You can check out the betting in motor sports if you think there could be a repeat in the next season.

For all the pulsating action that was taking place on the asphalt, you would have expected the game to retain some level of excitement. It didn’t. The career mode was one of the most uninspiring of any career mode you could ever wish to play. Codemasters also saw the need to remove the hugely popular Classic Content, meaning that people could no longer race in old cars on old tracks.

For a game that could establish itself as the premier racing game, F1 2014 is a huge let down. Considering the licensing, they have a USP over Forza or Gran Turismo. The biggest negative aspect to it is the tedium of it all. It is actually rather impressive how you can take a sport as exciting as Formula One and turn it into something as dull as F1 2014. 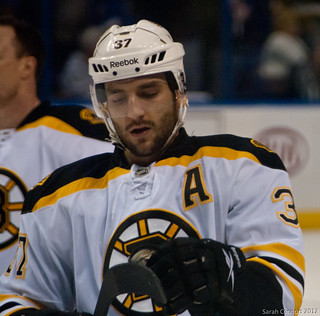 You don’t hear criticism thrown the way of EA Sports too often, so the criticism they faced after NHL 15 hit the shelves must have come as one huge surprise.

You can’t fault the gameplay or the graphics. Indeed, both have benefitted from the next-gen treatment. Here lies a game that is fun to play. Gameplay has never been a problem with EA. That is even less of the case now thanks to their sublime IGNITE engine and especially in regards of ice hockey, which has always been one of their more popular games.

However, just because the gameplay is good does not mean that the game itself is anything special. The big problem that gamers had with the game was the removal of hugely popular game modes.

Those who bought the game for a PS4 or Xbox One were quick to discover that modes such as GM Connected, EASHL, Live The Life and Online Team Play were all missing. These modes made up a core component of why people play NHL 15, so imagine the disdain on the faces of those poor people when they discovered that they cannot play their favourite game mode on their $60 investment. 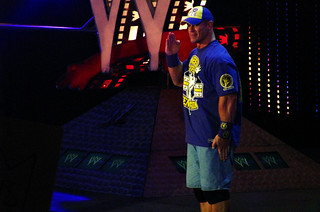 Wrestling is a sport, let’s just get that out there. Wrestling is big business. To highlight just how big, Vince McMahon, CEO of WWE, lost $340 million in one day following worse-than expected membership figures for the new WWE Network.

Anyway, we have digressed. The point is that the WWE is in an internationally supported institute, which has always blessed the gaming industry with extremely enjoyable games. However, in-fitting with a less than stellar year for WWE is a seriously sub-par game.

What originally made the WWE game so disappointing was that hopes were so high. The wrestling universe had seen the trailers of John Cena walking down to the ring with much wonder. Surely 2K wouldn’t be able to make the game that good? They couldn’t.

The gameplay is a bit stiff and the inclusion of chain wrestling can be infuriating at times. Whether McMahon told 2K to cut corners to try and cover up the losses of WWE is unknown. What is known, though, is that the game was the most threadbare of any WWE games that had been released in the past.

Gone were the times were you could compete in just about any match in exhibition mode while most speciality matches had not been included. Then there is the career mode. In the years prior it was always the career mode that got us excited. Taking your guy from the bottom rung to the top of the pile was something that every WWE fanboy dreamt of doing. However, on WWE 2K15 you found yourself seriously questioning whether or not you could be bothered. Storylines for the mode are minimal at best and character interaction, something that used to play a key part in the games of old, was non-existent. The only bit of user control you have is the ability to choose which of three fighters you will be taking on that week. The sections in which 2K try to include some storylines are simply random. One minute you are fighting Fandango in a dark match and the next Shawn Michaels is calling you up and asking to tag with him.

Hopefully 2K will listen to the backlash and rectify what is a momentous mishap. If they don’t get the game up to the level it should be by autumn this year, then EA may be able to steal a march with their UFC game. If Brock Lesnar re-joins the UFC as to be expected, then 2K will have an even harder task.