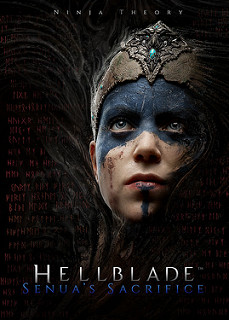 Announced via the Sony blog, the trailer shows a new character design for Senua. She has long dreadlocks, tied back, high on her head, which is adorned with a beaded headdress. Her face and body are painted with woad and she’s stocky and powerful looking. This is no sexy, warrior princess, just a warrior. But it’s the detail of expression and performance that’s striking.

Dominic Matthews of Ninja Theory, said, “In this scene we are revealing a new look for Senua based on our aim to make her one of the most believable characters ever seen in a video game.”

The team have motioned captured the lead actress to provide a higher level of performance fidelity. Hellblade’s lead character, Senua is suffering from psychosis and hears voices in her head, which will require a broad range of emotion.

It looks pretty darned gorgeous, but check it out for yourself.

Hellblade: Senua’s Sacrifice is due to launch on PC and PS4 in 2016.