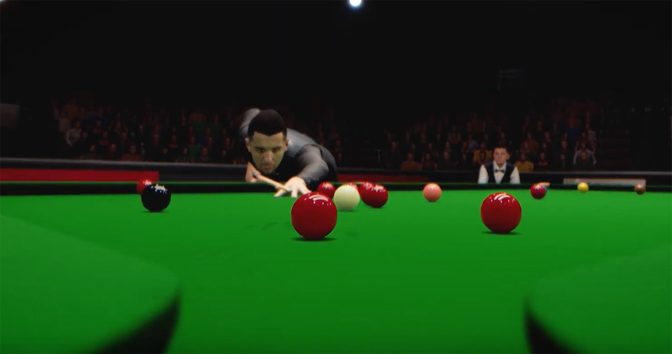 Ripstone Games, in collaboration with Lab42 and World Snooker, today announced that Snooker 19 is out now on the eShop for Nintendo Switch. Snooker 19 is also available to purchase physically on Nintendo Switch, for a suggested retail price of $34.99 from retailers including Amazon and GAME.

Snooker 19 Is the most realistic simulation of snooker ever seen. Players can choose to take their best shot as part of an in-depth single-player Career Mode, an array of local and online multiplayer modes or jump online to master every official tournament on the World Snooker calendar. With 128 of the world’s best players to choose from, including Ronnie O’Sullivan, Judd Trump, Mark Selby and Ding Junhui, every major tournament is represented in the lead up to the coveted World Snooker Championship at the Crucible Theatre in Sheffield; the home of snooker in the UK.

Snooker 19 syncs in real-time with the live World Snooker calendar, inviting players to battle for their place on the leaderboard to redeem exclusive rewards that can be used to customise their pro player. The game also includes a variety of Aiming Aid options that cater to all skill levels; from Amateur right through to Master.