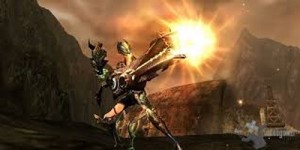 Warpportal’s Requiem is now on Steam! Requiem is a free to play M-Rated horror themed MMORPG where players explore the world of Ethergia. After a terrible tragedy fused living flesh with creatures and their surroundings, players are tasked as a biological weapon known as a Temperion to stop the horrors from reaching the last strands of civilization. With hundreds of quests and 8 unique and distinct classes to choose from, players will be able to test themselves as they survive Ethergia.

“The Requiem Team is very excited to open up Requiem to a whole new audience. As avid Steam users ourselves, we know that this platform can bring great potential to our game not only in obtaining a whole new audience, but also in that we get to hear more feedback to make our game even better!” says Denny Kwon, Lead Designer of Requiem.