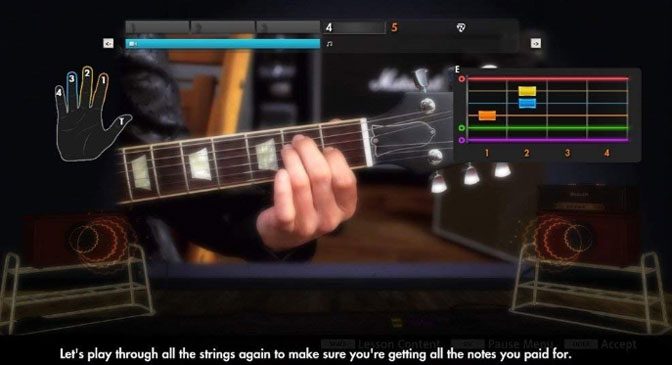 Today, Ubisoft announced that in celebration of the iconic music of Queen and the digital release of the award-winning film Bohemian Rhapsody, fans of the music, movie, and guitar can now purchase an all new Rocksmith Queen Song Pack pulled from their legendary catalogue and featuring, “Somebody To Love”, “I Want To Break Free”, and “Hammer To Fall.” This brings the total collection of Queen songs in Rocksmith to 17, including “Bohemian Rhapsody,” the #2 most played song on Rocksmith, “We Will Rock You,” “Another One Bites The Dust,” and “We Are The Champions,” giving Rocksmith players deeper insight into Queen’s rich musical legacy. The Queen Song Pack III is digitally available at the suggested retail price of $7.99.

Rocksmith Remastered is the fastest way to learn guitar. Use any real guitar or bass, acoustic or electric, and join over 4 million people who have learned with the award-winning Rocksmith method. Rocksmith is educational music software that teaches you how to play the songs you love with real-time feedback, accurate note detection, fun guitar minigames, and comprehensive video lessons.

Bohemian Rhapsody is an enthralling celebration of Queen, their music, and their extraordinary lead singer Freddie Mercury (Rami Malek), who defied stereotypes and convention to become one of history’s most beloved entertainers. Following Queen’s meteoric rise, their revolutionary sound and Freddie’s solo career, the film also chronicles the band’s reunion, and one of the greatest performances in rock history. Currently available digitally, Bohemian Rhapsody comes to 4K Ultra HD, Blu-ray and DVD on February 12. Bohemian Rhapsody is rated PG-13.