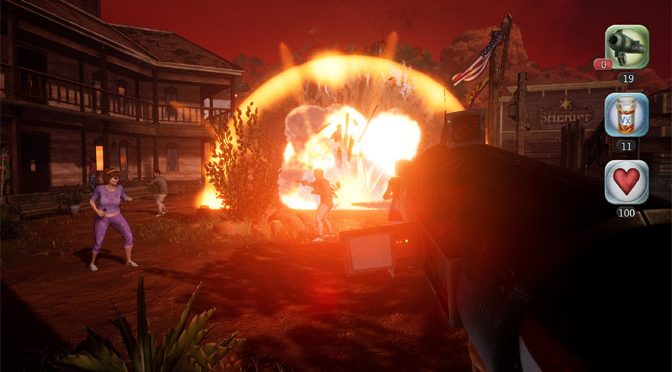 POSTAL 4: No Regerts, the ultimate stress-relieving first-person shooter and next entry in Running With Scissors’ classic franchise enjoyed by millions, pulls out of Early Access and explodes onto Steam, GOG, and Greenman Gaming for PC with the launch of 1.0. So come take a hit off the health pipe with The Postal Dude on Wednesday, April 20, 2022. 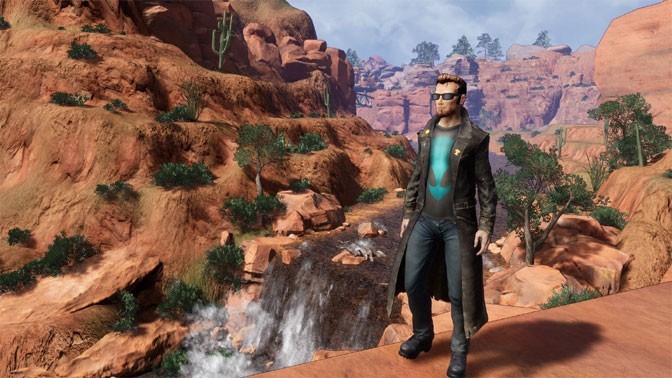 The last time we checked in on The Postal Dude, was late last year when developers Running With Scissors were working on the final updates for what (of course) promises to be another exciting and controversial game. It was also about that time that the upgraded collection of Postal games made it to consoles. It earned 4 out of 5 GiN Gems in our review and brought up a lot of nostalgia for the series.

The Postal Dude has seen a lot of controversy over the years. When the first game was released lots of people from the US Congress to various parental groups tried to have the game banned. Instead, it went on to be one of the most popular series of games at the time, and it’s still going strong today. The developers even capitalized on that moment in time, creating a documentary film that talked about those crazy days when the game was first released to the public, and the storms that followed. 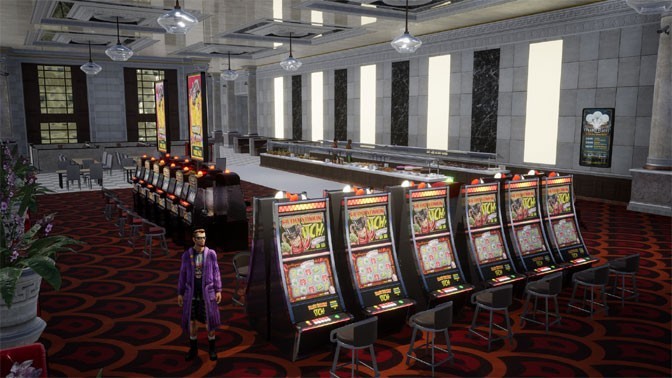 The funny thing is that at the heart of all this was The Postal Dude, a kind of everyman character that, at least starting in Postal 3 and moving forward, just wanted to get along with people. He’s a regular guy who just wants to pick up a quart of milk, mail a package at the local post office or to get Gary Coleman to sign his book. Too bad there is no online casino in the game, only a land based one. It’s generally the circumstances that are crazy and end up causing so much violence – at least depending on how you play the game.

POSTAL 4 picks up where Postal 3 left off and packs a full-frontal assault of new content, features, and improvements over Early Access, including a Pick-Yer-Dude voice option with the return of Rick Hunter and Corey Cruise alongside Jon St. John (of Duke Nukem fame) as the default voice of The Postal Dude. Break the rules across all five in-game days implemented throughout Early Access with random encounters, a litany of side errands, improved graphics, revised mapping systems, new radio stations, and so, so much more. Achievements and collectibles like Kunny, Krotchy, and Larry the Crab dolls splattered all over Edensin join the fray on launch day as a new era begins for the legendary series. 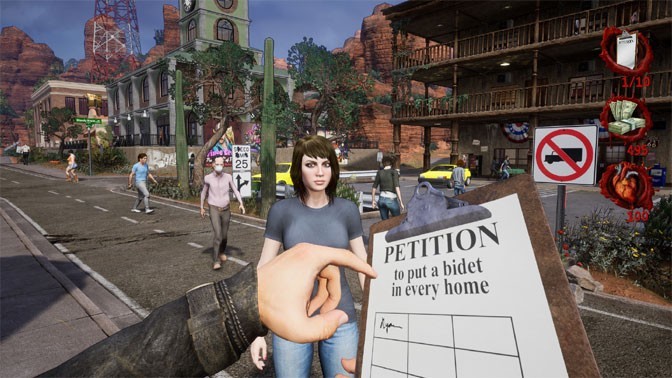 POSTAL 4’s post-launch support will extend for years to come, just like POSTAL 2 before it. Enjoy the sounds of Edensin with the official soundtrack’s 4/20 debut on all major streaming platforms. Free new content hits the town in the weeks and months following launch, with new weapons, side errands, performance improvements, graphical updates, and Co-Op multiplayer. Huge premium additions like world expansions will keep The Postal Dude sane in 2022 and beyond.

At long last, the iconic anti-hero The Postal Dude can take an entire week by storm, outlasting his competition and disrobing the very concept of the traditional 9-to-5 lifestyle. With a bladder ready to burst and a full suite of objectives to tackle with complete freedom in a responsive, ridiculous open-world sandbox, the P Dude’s day has come. 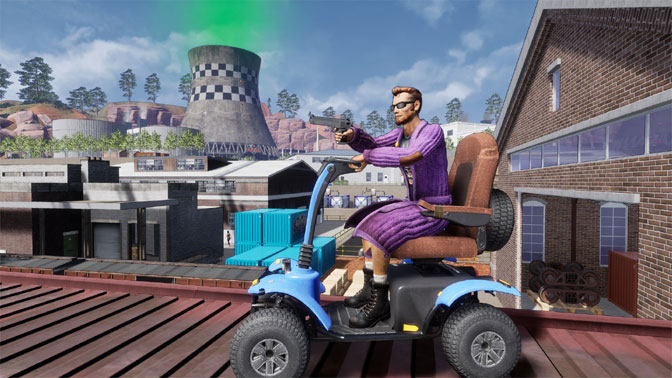 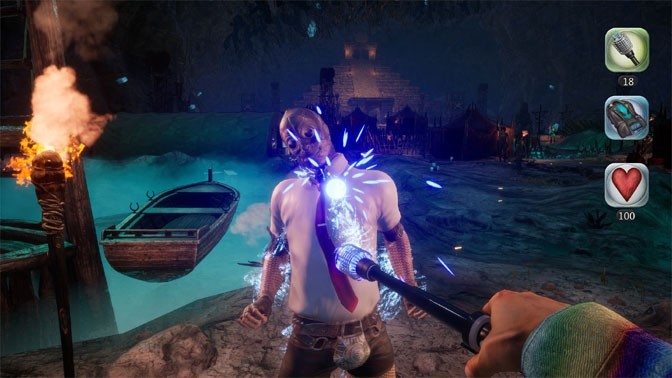 Across several meaty updates in Early Access, POSTAL 4: No Regerts has introduced a load of wacky mechanics, weapons, quests, traversal tools, quality-of-life features, and more, making this 1.0 release the definitive modern POSTAL experience. POSTAL 4: No Regerts stands as an ode and testament to what has made the series beloved, scorned, hated, and appreciated for 25 years. Where else can you steer sniper bullets while high on catnip? Or use severed limbs as melee weapons? Or ride the Womb Coaster in a vagina-themed amusement park?

And yes, you can pet the dog.

“POSTAL 4 is a one-of-a-kind experience not seen anywhere else in gaming,” said Vince Desi, founder of Running With Scissors. 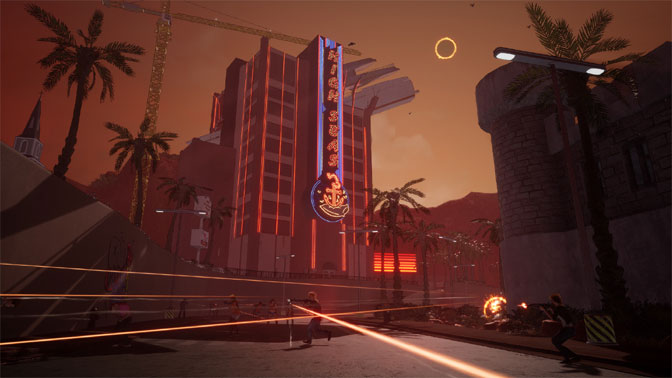 Founded in 1996, Running With Scissors is one of the oldest indie studios in the game industry. RWS focuses on creating socially conscious games that offer signature experiences focused more on making people laugh that making sure everyone is comfortable.