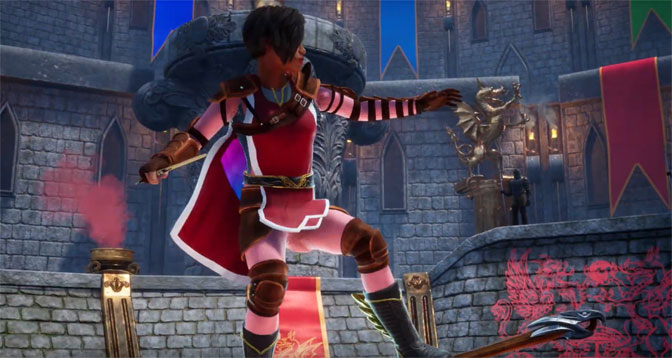 Veteran videogame developer Blue Isle Studios, the team behind Slender: The Arrival, Valley and Citadel: Forged with Fire, announced today that Broomstick League is available now on Steam. Blue Isle Studios has also confirmed that they are developing the high flying sports game for PlayStation 4 computer entertainment system and the Xbox One family of devices. Broomstick League puts players in the sky to compete in up to 3 versus 3 matches with and against other would be wizards from around the world in a high flying, trick shot scoring battle for supremacy of the skies.

“Broomstick League brings the popular competitive sports genre to a world where wizards reign the skies – we plan to finish its development in Early Access with an already passionate community who joined us during our closed and open beta tests,” said, Alex Tintor, managing director of Blue Isle Studios. “It’s been exciting to see big name streamers and competitive players go at it in the arenas and provide us with valuable feedback as we’ve readied the game for this launch phase.”

In Broomstick League, players divide into teams and zoom across massive arenas atop their trusty broomsticks in an effort to grab a magical orb, outmaneuver other players and score a goal. Equipped with their wands, players must hone their flying skills and use magic to dodge enemies, defend their goal and make extraordinary plays. Players compete against friends online and use a combination of fast reflexes, teammate assists and magical spells in an effort to become the champion by scoring on their opponents. Broomstick League features endless combos of plays with no two matches ever the same.

Broomstick League is all about winning, with the added excitement of aerial competition via broomsticks and targeted spell casting.