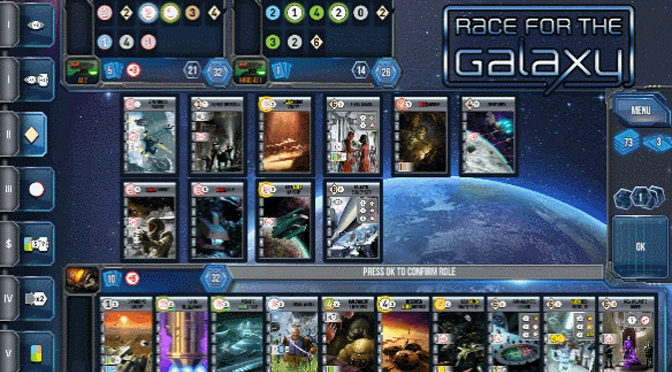 With over a million physical copies sold, boardgamers have been building their galactic empires for years, making Race for the Galaxy one of the most beloved strategy titles in game shops around the world. It’s now coming out for Android and iPhone.

Temple Gates Games teamed up with Race For the Galaxy’s designer, Tom Lehmann, to bring a mobile adaptation of Race for the Galaxy to phones. AI pioneer Keldon Jones originally developed an AI for this game as a research project on neural networks. Now they are bringing the fruits of that project to Android and iOS.

Race for the Galaxy will be available for $6.99 on the App Store and Google Play. A limited beta begins on April 12th. You can sign up for it here.