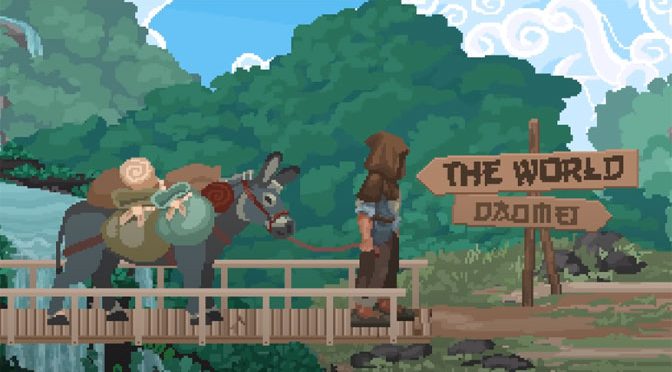 Have you fallen in love with gaming in the early 90’ of the previous centuries? Or even earlier? Then for sure you still love the aesthetics of those games. A bit rough, pixelated art and sounds you could never forget. And now the Daomei Village, a game by Gameparic, takes a lot from those good, old times, but combines it with modern RPG gameplay. Don’t wait a minute longer and take a deep dive into a pixelated world inspired by Chinese folklore.

Daomei Village is a lot more than a simple game. It’s a story about changing your life. For your crimes, the Emperor has sent you to Daomei Village. From there you have to rebuild your settlement from scratch – gain the trust of other villagers as you help them with everyday life. Repair their houses, build new ones, cultivate the fields and protect the village.

By the order of the Emperor, you have to restore the village to its former glory. But it is not an easy task. You lack everything. Tools, people, and most of all – money. Besides restoring the village you will have to pay your taxes – you can’t make any more mistakes. One bad move can further enrage the Emperor! But if you will make him happy then – step by step – you will once more gain his trust. And as you gain it, he will let you travel to other regions to learn about them and gain new technologies which will help you in your tasks.

“We put our whole heart into this game. It’s not only about being inspired by the 16-bit gaming era. It’s also our way to tell a story about redemption and building your life from the scratch” – says Marcin Wenus, Gameparic CEO. – “Daomei Village is a unique place. As you will play you will come across the places inspired by Chinese dynasties, their folklore, and even demons!”

Daomei Village is currently in development. The demo of the game will be available later in 2022. It will be released on PC via the Steam platform.