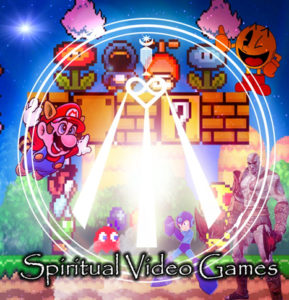 • David Jaffe reveals the original plan for God of War, Kratos’ evolution and how his fate would finally reach its end.
• Daniel Pessina discusses the deeper meaning of Mortal Kombat and his experience playing Johnny Cage.
• Walter Day’s observance that some of the world’s best players regularly practice transcendental meditation and are spiritually mindful.
• Psychic Empath Lisa Caza discusses why you may strongly resonate with certain games & characters because of the types of past lives you’ve had.
• Outer Limits of Inner Truth explores which games and characters actually pull players into higher & lower vibratory states of consciousness.

Featured guests (in order of appearance) include:

Final Fantasy X
The discovery that an entire world and its characters are merely a living dream is an idea that actually correlates perfectly with the lessons from Nanci Danison’s famous Near Death Experience (www.outerlimitsradio.com.danison). Also, the main antagonist Yu Yevon is a malevolent being which manipulates people into worshiping it in order to keep them under his control. The protagonists discover this, vanquish Yu Yevon and take back their power.

God of War
Teaching that humans can conquer the gods because they themselves deep down are actually gods too. Anything is possible with strong belief and the willpower to carry it out.

Assassin’s Creed Series
Explores whether you have free will or if your life is pre-ordained based on your ancestors heritage.

Legend of Zelda Majora’s Mask
Some say the theory is that Link (the main protagonist) is actually dead and is going through the five stages of grief. The different characters he meets in the game represent: denial, anger, bargaining, depression, and acceptance.

Super Mario Bros. (series)
By eating mushrooms, certain plants, and even changing your clothes, your character can overcome different enemies and obstacles that they couldn’t before. Some spiritual philosophies discuss the benefits of expanding your consciousness in order to expand your evolution. Also, many studies have shown the health & spiritual benefits of taking psychedelic mushrooms.

About The Outer Limits Of Inner Truth
If Science & Mysticism got married, the Outer Limits of Inner Truth (www.outerlimitsradio.com) radio show would be their child. OLIT (Outer Limits of Inner Truth) is a program about introspection, discovery, and evolution. It premiered on February 2014 and within a few short months, was picked up for national syndication on Starcom Radio Networks and is now heard on over 44 AM stations nationwide. OLIT is the world’s only show about “Forensic Soul Analysis.” OLIT has previously profiled individuals such as Dr. Ron Paul, Gerald Celente, Oliver Stone, Gary Johnson, Actor Frank Vincent, George Carlin, NHL Legend Mark Messier, Howard Stern, Jane Velez-Mitchell and more.