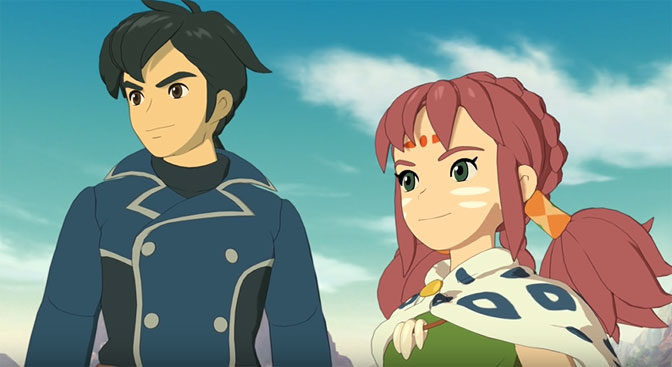 BANDAI NAMCO Entertainment America Inc., the leading publisher and developer of interactive entertainment, announces today that Ni no Kuni II: REVENANT KINGDOM will launch on November 10, 2017 in the Americas for the PlayStation 4 computer entertainment system and PC via STEAM. Developed by world-renowned video game studio LEVEL-5 Inc., with participation from former Studio Ghibli animator Yoshiyuki Momose and music composed by Joe Hisaishi, Ni no Kuni II: REVENANT KINGDOM is ready to enchant gamers across the world in an epic role-playing game.

In the world of Ni no Kuni II: REVENANT KINGDOM, players enter the kingdom of Ding Dong Dell, where cats, mice, and humans once lived in harmony. After a treacherous coup, Evan, the young boy king of Ding Dong Dell is forced to flee his kingdom. Ni no Kuni II: REVENANT KINGDOM recounts the story of this deposed king and his journey to build his own kingdom and unite the entire world.

Supporting Evan on his adventure will be friends he meets along his journey including Roland, a visitor from another world, and Tani, the daughter of the leader of sky pirates. Players will encounter even more characters to join Evan throughout his quest including natural phenomena known as Higgledies. The Higgledies will provide invaluable support during battles including offensive and defensive buffs, increasing special attack power for Evan and his friends, and assist in attacking enemies. Join Evan on his quest as he fights powerful monsters, face perilous dungeons, and rises to once again become a king!

Ni no Kuni II: REVENANT KINGDOM launches in the Americas on the PlayStation 4 system and PC via STEAM on November 10, 2017 with a MSRP of $59.99.